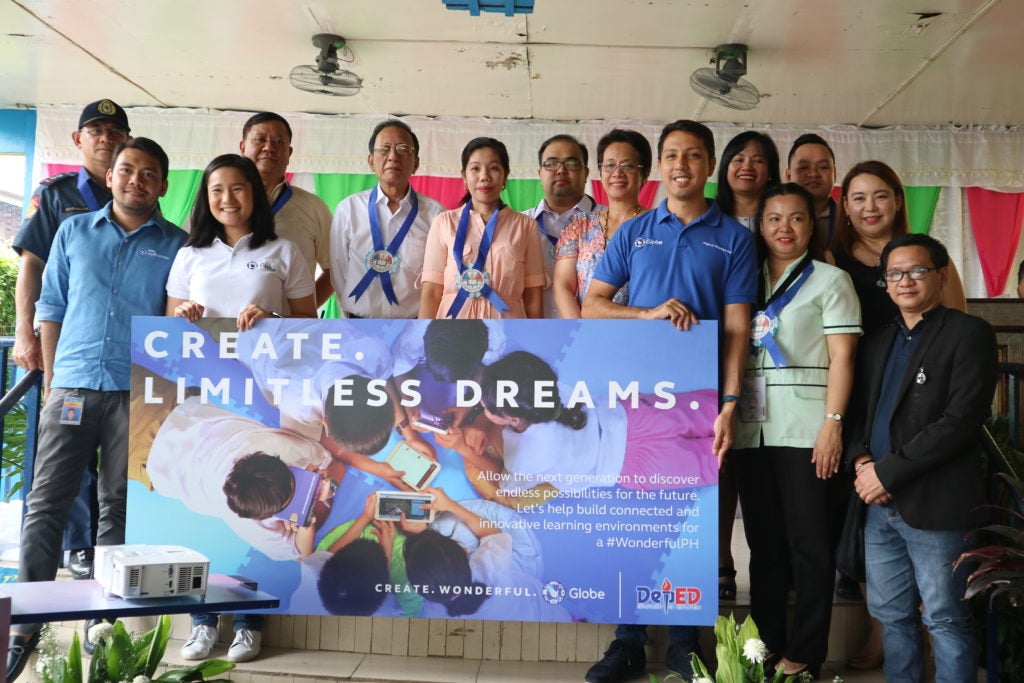 Technological development has been nothing short of exponential these past decades, specifically in the field of Information and Communication Technology (ICT) where advances are being made in leaps and bounds everyday. Thus, being able to adapt to such advances will not only be an advantage in the near future, but a necessity.

Unfortunately, the current state of e-learning in the Philippines is less than ideal, with most public schools lacking access to the funds and equipment needed in order to train students in 21st century technology. If not remedied, this concern of the education sector will also negatively affect other aspects of the Filipino community and would hinder us from becoming a competitive player in global industries.

Globe Telecom seeks to help resolve this issue through its Global Filipino School (GFS) program, which was formally brought to Quezon City in a turnover ceremony held last Tuesday, Aug 29, at the Masambong High School (MHS).

GFS is a three-pronged program that aims to help schools in providing their students with 21st century learning. Schools covered by the program receive a) infrastructure support and free internet for 2 years, b) Project-Based Learning and Information and Communication Technologies (ICT) training for teachers, and c) a GFS mobile cart, which contains gadgets like netbooks, tablets, projectors, and Globe Prepaid Pocket WiFi that can be used to teach different subjects both inside and outside the classroom.

“Today is a milestone for Masambong High School, chosen among all public schools in Quezon City to receive the Global Filipino School program by Globe,” MHS principal Adora Teaño said in her welcoming remarks during the turnover ceremony.

MHS, which has a total of 1,300 students and 65 teaching and non-teaching staff, is the first public school in Quezon City to benefit from the GFS program, which now includes 142 schools nationwide. 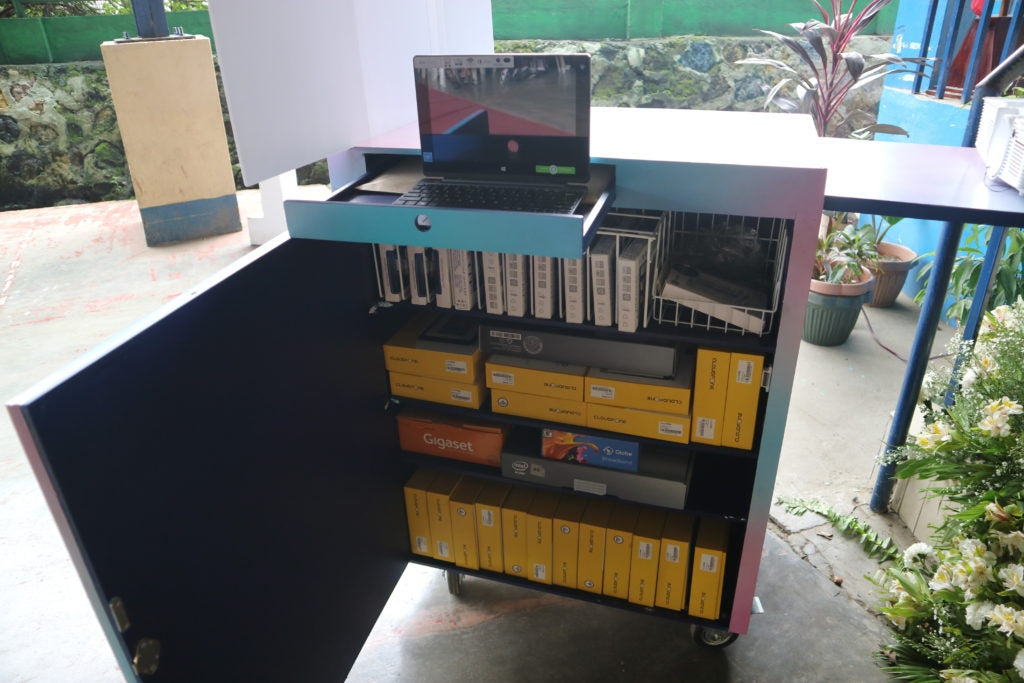 “Quality education goes hand-in-hand with ICT which allows learning to take place not only within the classroom but even beyond it. Mobile internet adoption and the availability of affordable data-capable gadgets make it easier now for both students and teachers to access a vast library of information previously out of their reach. We believe that by providing the teachers and students with the tools they need, we can help uplift the state of Philippine education one school at a time,” said Yoly Crisanto, Globe Senior Vice President for Corporate Communications.

Quezon City Mayor Herbert Bautista, who was present in the event, thanked Globe Telecom for their initiative and hoped that MHS will not be the only school in Quezon City to benefit from the program. 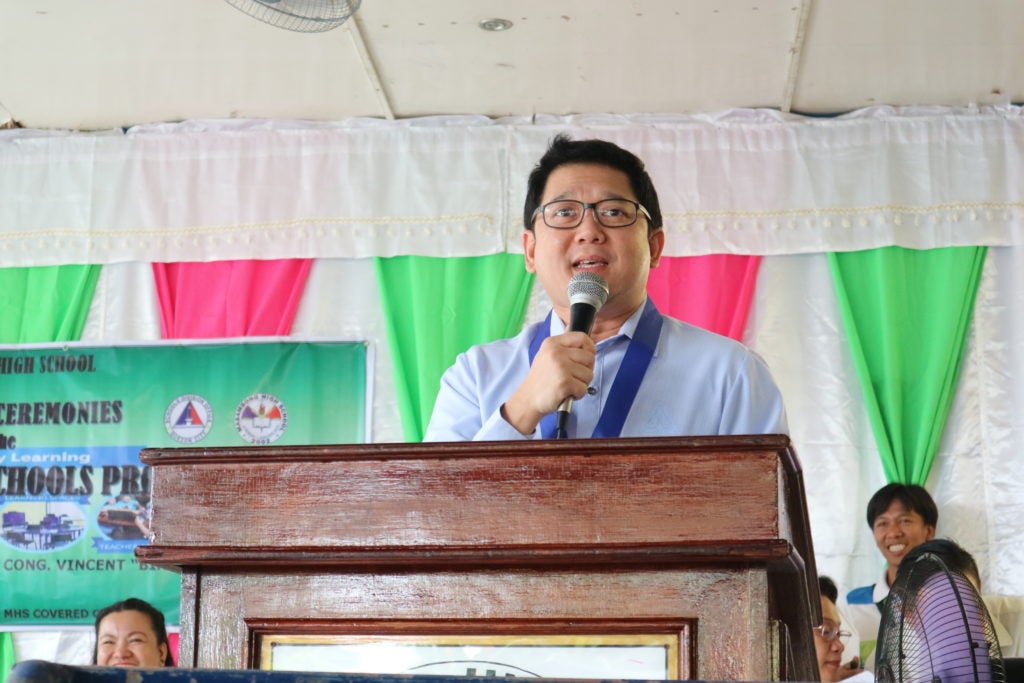 “We should not deny our youth the advantages of e-learning,” he said. He further stated that giving students a 21st century education aided by the Internet will help in achieving every local government’s goal of becoming a “smart” city that can adapt to and make use of today’s fast-developing technologies.

“We are already in an ICT-enabled world and the goal of our local government is to be a smart city — that means all basic operations of the city will be managed efficiently through computers.  Thus, if we do not teach ICT to our students early enough, they will be ill-equipped to be competitive in the modern world,” he stated.

Quezon City 1st District Representative Vincent “Bingbong” Crisologo likewise expressed his appreciation for Globe Telecom’s campaign that can bring about positive change in many communities. He urged the students to use the materials provided with care so that other students will also benefit from it in the coming years. 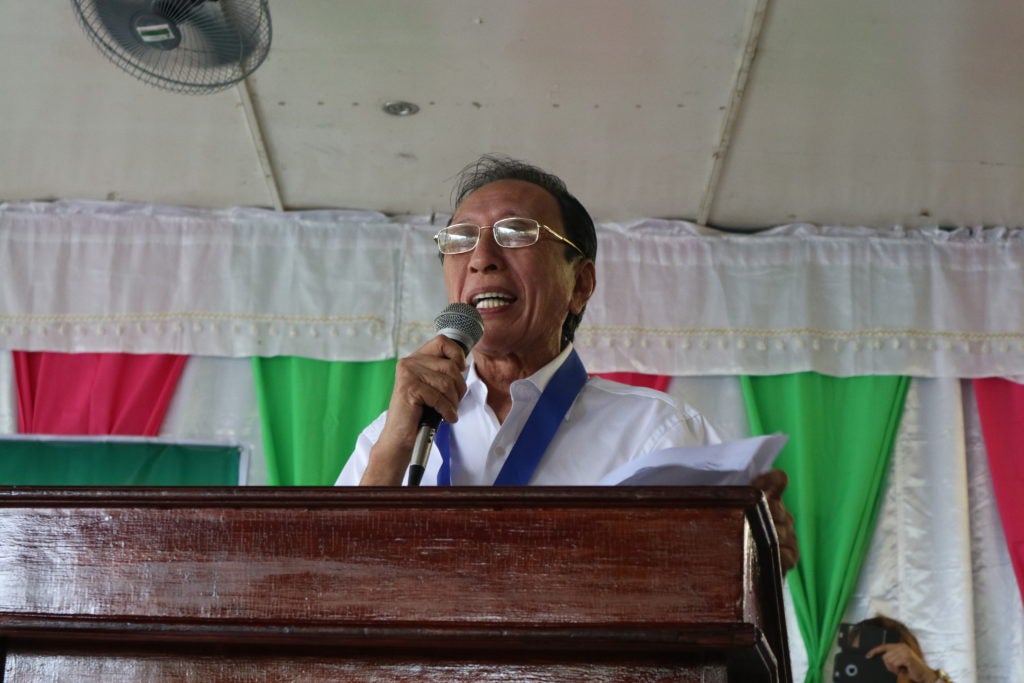 In partnership with Habitat For Humanity, Globe also spearheaded the renovation of an underused classroom in MHS to create a multifunctional ICT Laboratory. This Creative Space can be used as a training center for teachers from other schools in the Quezon City division of DepEd. MHS teaching staff have received the training firsthand from Globe and are now tasked to share the knowledge with neighboring schools. Each school included in the Global Filipino School program becomes the training hub for their respective DepEd division.

At present, many public schools are still missing out on the benefits of ICT, prompting Globe to help address the concern through GFS.  The Global Filipino School program, which started in 2012, aims to transform at least one school in each of the 221 school divisions under the Department of Education into centers of ICT excellence within the next four years.

Based on the impact assessment released by Taylor Nelson Sofres (TNS) Global Market Research Company last year, digital skills among teachers and students particularly on the usage of mobile technology and computer software, showed marked improvement as a result of the GFS program.  Students also became more well-rounded due to increased engagements driven by various pillars under the 21st Century Learning Framework.  The notable increase in the presence of ICT equipment also resulted in more students and teachers now using ICT in their daily academic proceedings and becoming more engaged in the lessons. –INQUIRER.net/ PAR