CD Projekt Red, creators of “The Witcher”, released a special video on September 3 to commemorate the 10th anniversary of their popular game series.

After three game titles and a spinoff card game, Geralt of Rivia, main character of the game, recalls all that he has been through in a voice over.

Viewers are then led to follow the character Ciri as she works her way through a room filled with prominent characters from the game universe.

She eventually meets up with Geralt and gives him a big hug. After a brief pause, Geralt breaks the fourth wall and starts talking to the viewer. He, along with the rest of the cast, raise a toast to the loyal gamers who accompanied them through all the adventures. 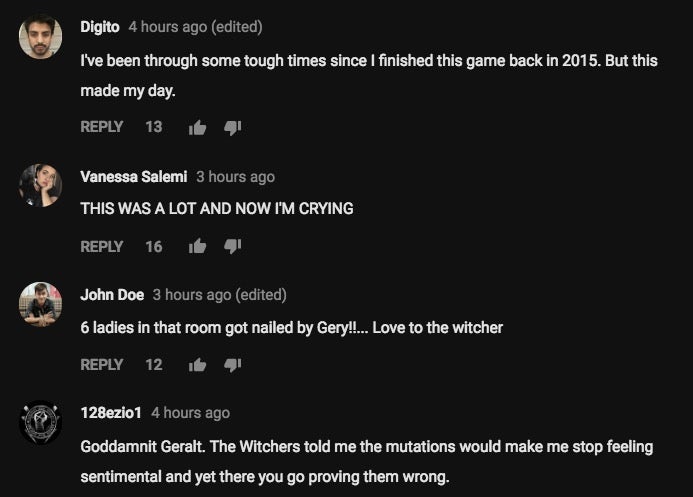 “The Witcher” series is an action role-playing game based on “The Witcher” novel series by Polish author Andrzej Sapkowski. It received mostly positive feedback for its story and music, but was also well-known for its adult subjects.

The story of “The Witcher” follows Geralt of Rivia, a monster hunter or Witcher by trade, as he goes on various quests in a vast medieval fantasy world.

With the multiple endings of “The Witcher 3: Wild Hunt”, it’s difficult to guess Geralt’s fate. Perhaps CD Projekt Red still has adventures in store for gamers in the world of “The Witcher”. JB