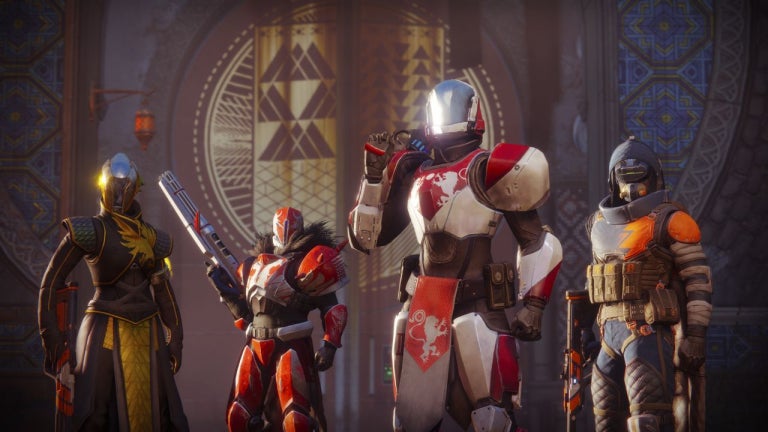 “Destiny 2” builds on the success of its 2014 predecessor and the three years of updates and expansions that followed. Image: Bungie/Activision via PlayStation and AFP Relaxnews

Destiny 2
For PS4, Xbox One
From September 6 (October 10 on Windows PC)
Team up with two pals or go it alone in repelling the forces of alien army commander Ghaul, take part in team-based raids into key strongholds, and find out who’s got the skills to become champion of the multiplayer Crucible. Sequel to 2014’s blockbuster sci-fi action game.

Monster Hunter Stories
For Nintendo 3DS
From September 8 worldwide (since October 2016 in Japan)
Critically-acclaimed franchise spin-off that lets players befriend rather than battle the monsters they encounter through a system of mutually beneficial egg-hatching. Combat does remain but becomes turn-based instead of real-time. Developed by Marvelous Inc. of “Harvest Moon” and “Rune Factory” life sim fame. Link: monsterhunterstories.nintendo.com

Pro Evolution Soccer 2018
For PS4, XBO, WinPC, Xbox 360 and PlayStation 3
From September 12
Refinements to close control, match pace, day and night lighting, player movement and appearance, stadium construction and user interface are among the improvements brought to this year’s edition of the evergreen soccer simulation which also adds pre-season tournaments and adjustments to the player transfer system.

Dishonored: Death of the Outsider
For PS4, XBO and WinPC
From September 15
A new chapter of sneaking, teleporting, and/or rampant assassination (depending upon the player’s preferences) in a highly realized fantasy setting, featuring two supporting characters from “Dishonored” and its sequel, and having them pursue an elusive, supernatural, string-pulling being known as the Outsider.

NHL 18
For PS4, XBO
From September 15
An Expansion Draft is the big new addition to this year’s licensed ice hockey game from EA Sports, with 31 and 32 team leagues available (the 32nd being entirely customized) as well as a classic franchise mode, plus 3-on-3 games and new options for creative attack and skill-based defensive play. JB