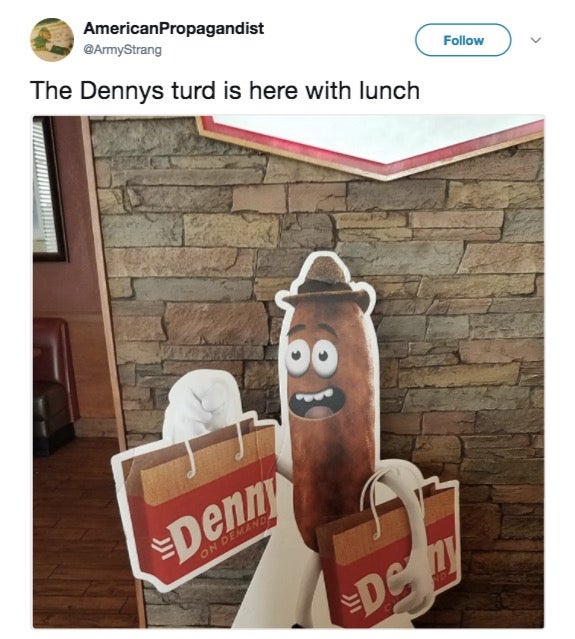 Family restaurant chain Denny’s in the United States introduced a new mascot in the form of a sausage wearing a fedora hat.

But diners and netizens seem to be seeing something beyond the sausage, noting that the mascot looks like a smiling “turd” or excrement. 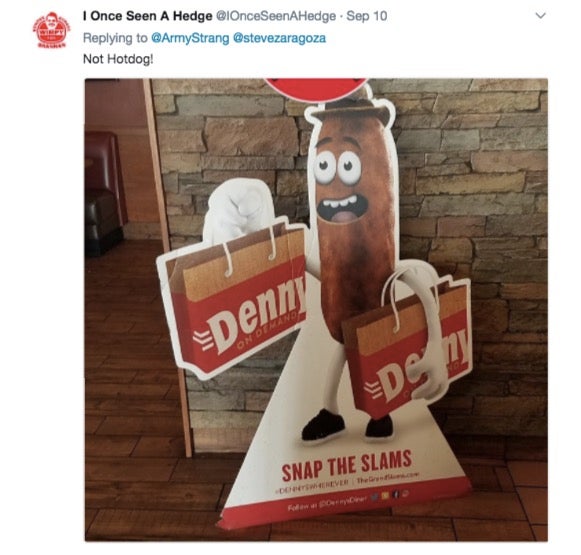 While most commenters had a good laugh at the mascot, user Matt Myers (@MattMMyers) wondered if it was all just a clever marketing ploy.

However, user @SeanGallimore believes the company should just get a new graphic designer. JB 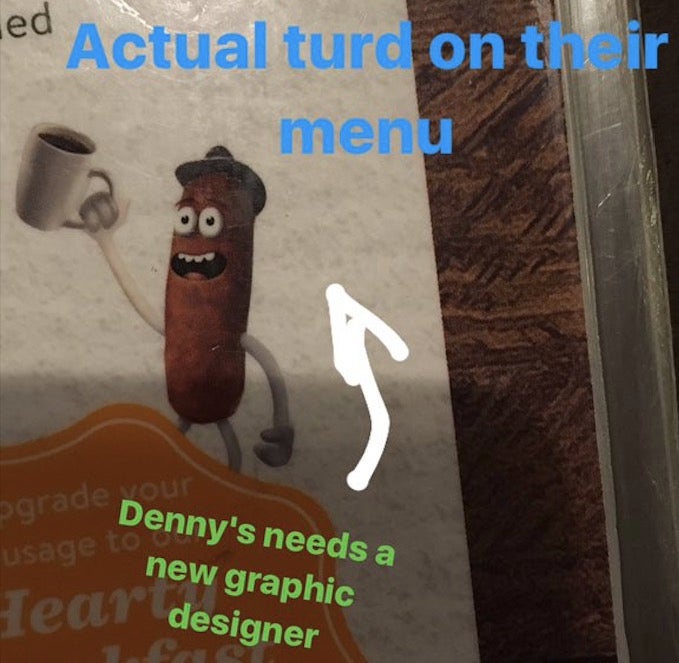