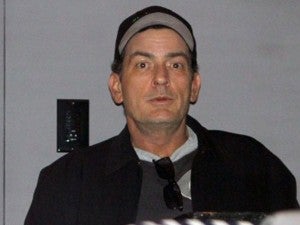 So what exactly did the whole world tweet about this year?

The prodemocracy movement in Egypt and the ramblings of Hollywood actor Charlie Sheen emerged as the hottest topics on Twitter in 2011.

“This reveals what grabbed our attention most dramatically in 2011, and which events, inventions, changes and ideas made the deepest impression on us,” the popular social networking and microblogging site said in its official blog Wednesday.

A source of brief, real-time information for its users since its launch in 2006, Twitter groups together messages related to the same subject, which are marked with a hashtag (#), defining the collective consciousness of its over 200 million registered members.

The No. 1 topic discussed all-year round was #egypt, from the massive protests that swept the Arab country in January, the resignation the following month of President Hosni Mubarak after 30 years in power, to the recent parliamentary elections.

This was followed by #tigerblood, referring to Sheen’s controversial public rants and his dispute with the producers of the CBS show, “Two and a Half Men.”

The fifth most tweeted topic was #japan, which peaked following the 8.9-magnitude earthquake and 10-meter tsunami that devastated the country’s northeastern region on March 11.

Other hot topics covered a wide range of subjects, from world news to food and drinks.

Apart from the upheaval in Egypt, the most tweeted news items were the killing of Osama bin Laden by US forces in Pakistan in May; the capture and death of Libyan dictator Moammar Gadhafi in the hands of freedom fighters in October; and the swine flu outbreak in the United Kingdom and the shooting of American congresswoman Gabrielle Giffords of Arizona in January.

Users also got obsessed with “McLobster,” a seasonal offering of the McDonald’s fast-food chain in Canada and New England.

The US series “Pretty Little Liars” topped the television category, while “Thor” was the most discussed film of the year.

Topping the music, actor and actress categories were posts on Rebecca Black and her much-criticized song “Friday,” Charlie Sheen, and Elizabeth Taylor, respectively.

The “Mac App Store” was the most popular techie subject.

“More than anything, these trends demonstrate how Twitter connects people with common interests. Instead of watching the news, the Super Bowl and Pretty Little Liars at home alone, we watched them together on Twitter,” the networking site said.

“We shared our thoughts about the world we live in, and we listened as others around the globe chimed in,” Twitter added.