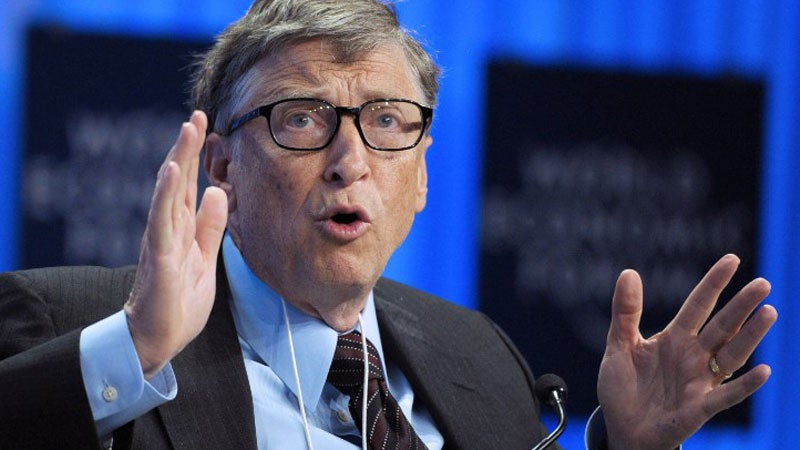 Bill Gates remains as one of the technology industry’s most influential figures, as his Windows operating system opened a lot of doors for the advancement of today’s modern tech.

The 61-year-old Microsoft co-founder is pleased with the contributions he made for this era, but admitted that he regrets putting one command, which is still being utilized to this day.

In an appearance on Bloomberg’s Global Business Forum in New York City last Wednesday (Thursday in Manila), Gates revealed that the infamous “Ctrl-Alt-Delete” button—which is used to reboot any Windows computer—should have been assigned to a single button.

“If I could make one small edit, I’d make that a single key,” the tech innovator said, according to CNN Money.

Echoing the sentiments he made in 2013, Gates pinned the blame on IBM engineers who were responsible for the IBM PC keyboard at the time.

“The IBM PC hardware keyboard only had one way that it could get a guaranteed interrupt generated,” he explained.  “So, clearly the people involved, they should have put another key on it to make that work. A lot of machines these days do have that as a more obvious function.”

Gates even went as far as suggesting that he would like to go back in time to fix the mishap.

“Well, I’m not sure you can go back in life and change small things in your life without putting other things at risk,” he said. “Sure, if I can make one small edit, I’d make that a single-key operation.”

The three-key function was originally created by IBM engineer David Bradley, who intended it as a shortcut method for rebooting an IBM PC. The method has stuck and been used since then.

Meanwhile, Microsoft has long abandoned the key in their latest tech, but the command has lived on to this day.  Khristian Ibarrola /ra