A YouTube post on user Chris Cohoon’s channel has been making the rounds in the internet. It featured a confused little girl tapping at the display of an old Game Boy handheld game console, thinking it had a touchscreen function.

The little girl kept tapping on the screen as the loaded game’s music continued to play. She did not even think to press the buttons below the Game Boy’s screen.

When a man asked the girl if she’s figured it out, the little girl turned around, still confused, then walked away. All the while, she may have been wondering why the touchscreen didn’t work on the oddly big smartphone daddy gave her.

Some viewers found the clip cute and reminisced the “good old days.” 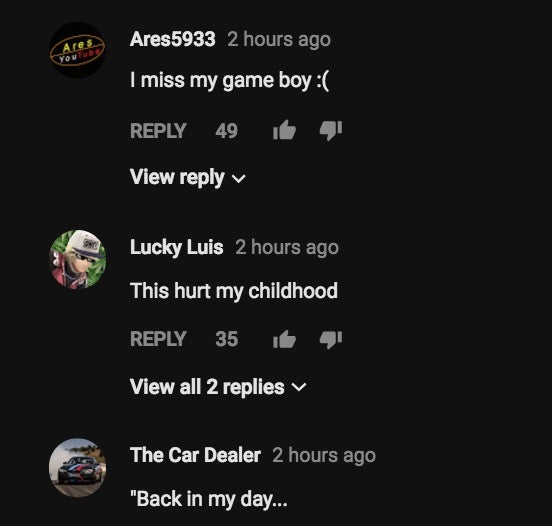 However a debate started on the comment section because a few commenters thought user “Pajama King” was making fun of the child for being confused.

On a lighter note, this might be a good time to dish out some “feel old yet?” jokes. JB

WATCH: US patrol cops lip-sync to ‘I Want It That Way’