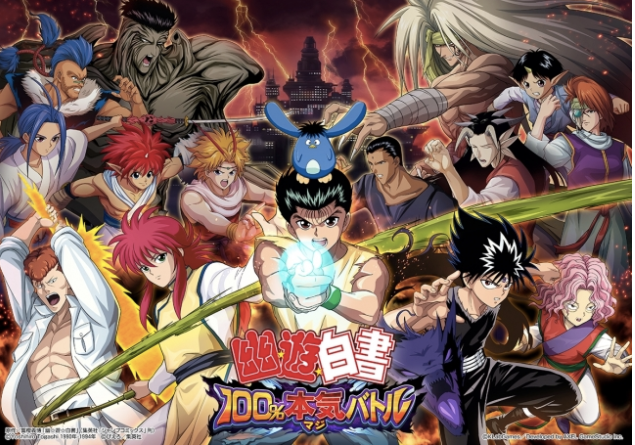 Most children from the ’90s certainly have a fond memory of watching Japanese manga series “Yu Yu Hakusho,” better known as “Ghost Fighter” in the Philippines.

To commemorate the anime adaptation’s 25th anniversary this year, game developers Klab Inc. and AXEL GameStudio announced the development of a smartphone game based on Yoshihiro Togashi’s masterpiece.

According to Crunchy Roll, “Yu Yu Hakusho 100% Maji Battle” will feature the series’ beloved characters Yusuke Urameshi (Eugene in the Filipino version), Kazuma Kuwabara (Alfred), Kurama (Dennis) and Hiei (Vincent), along with the rest of the series’ notable heroes and villains.

The gameplay will revolve around PVP (person versus person) battles where users can form a team of five characters from a vast selection of fighters.

Even more good news, most of the original voice characters from the show will reprise their roles as 50-year-old Nozomu Sasaki will reprise his role as Yusuke, Megumi Ogata, 52, as Kurama, Nobuyuki Hiyama, 50, as Hiei, and Shigeru Chiba, 63, as Kuwabara.

As of this writing, the sought-after role-playing battle game has no official release date yet, but is expected to be playable for both iOS and Android users.  Khristian Ibarrola /ra