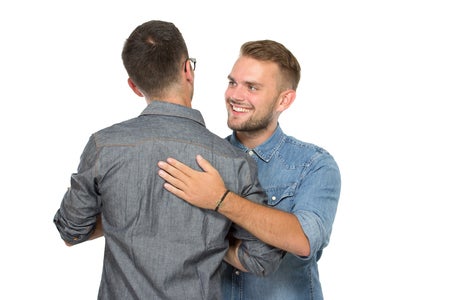 Men have had close platonic ties dating back to centuries ago, which are now referred to as “bromances” in this modern era.

Apart from spending time with significant female loved ones, males have always sought the company of other men and formed strong camaraderies that often last a lifetime.

A recent study by researchers from the University of Winchester in England revealed that male friendships threaten heterosexual pairings, as most men now believe “bromances” are more emotionally satisfying than relationships with women.

“Our participants mostly determined that a bromance offered them elevated emotional stability, enhanced emotional disclosure, social fulfilment, and better conflict resolution, compared to the emotional lives they shared with girlfriends,” an excerpt from the study, which was published in the Men and Masculinities Journal, read.

The shocking findings come from surveying 30 undergraduates who had  “bromantic” friends while engaged in serious relationships with women, according to The Telegraph.

Surprisingly, 28 males admitted that they would prefer to discuss personal matters with a guy mate rather than a girlfriend.

“These heterosexual millennial men cherish their close male friends, so much so that they may even provide a challenge to the orthodoxy of traditional heterosexual relationship,” Dr. Stefan Robinson, the study’s lead author, said.

“Given that young men are now experiencing a delayed onset of adulthood, and an extended period of adolescence, men may choose to cohabit as a functional relationship in the modern era,” he added.

Researchers also noted that since heterosexual sex is now possible without engaging in a romantic commitment, males can now freely confide in each other for their emotional needs.

Furthermore, the study also credits society’s openness in recent years, as a decline in homophobia has led the public to be more open  about their emotional wellness.

Still, Dr. Robinson warned that although there is nothing wrong with favoring opening up to friends, the practice could lead to sexist behaviors, which “may well be disadvantaging” to women.  Khristian Ibarrola /ra