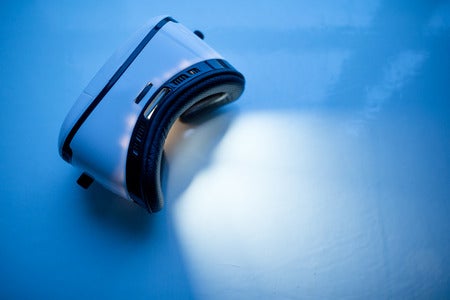 Around 700 drug addicts in two of Shanghai’s five rehabilitation centers have been using a newly developed system since late September to help staff members understand the sufferers’ level of addiction and assist them to turn their lives around more quickly, the Shanghai Drug Rehabilitation Administration said.

The AI system was developed by the Shanghai Mental Health Center in cooperation with the administration, East China Normal University’s School of Psychology and Cognitive Science, and Shanghai Qingtech, a company specializing in technological tracking of eye control.

Zhao Min, deputy director of the center, said one key problem in abandoning drug habits is the difficulty for the staff and even the addicts to know how badly they are addicted.

“In the past, when they were asked whether they wanted narcotics, they said ‘no’ without exception, which was not an honest answer, obviously,” she said. “Now we can resort to the new system.”

Users wear a VR helmet with an eye-movement tracking system and then “walk into” scenes with drugs and other paraphernalia. Their eye movement, together with other biological indicators such as heart rate and skin conductivity, is recorded as an objective way to show their level of addiction.

Another way the AI system can help is that it provides addicts with a more effective desensitization treatment in order to better prevent them from using drugs again.

“Usually in the centers they are given desensitization treatment with pictures of narcotics,” Zhao said. “It’s hard for such stimulation to truly arouse their appetite for drugs. So after they leave the centers and are exposed to temptations, they might be submerged in a whirlpool of drug abuse again.”

Statistics from the National Narcotics Control Commission show that more than 85 per cent of those who abandon a drug habit after two years of compulsory rehab relapse within a year.

With such a VR system, the addicts can “walk into” hotel rooms, karaoke bars and friends’ homes and watch men and women take drugs to fully stimulate their desire for narcotics, said Kuai Shuguang, a professor at East China Normal University.

Apart from desensitisation, the system was also designed to help addicts associate drugs more with negative consequences than “a pleasant experience”, he said.

Following the VR experience in the scenes where drugs are often taken, they will view videos showing how devastatingly drugs will harm human health so as to suppress their desire for them, he said.