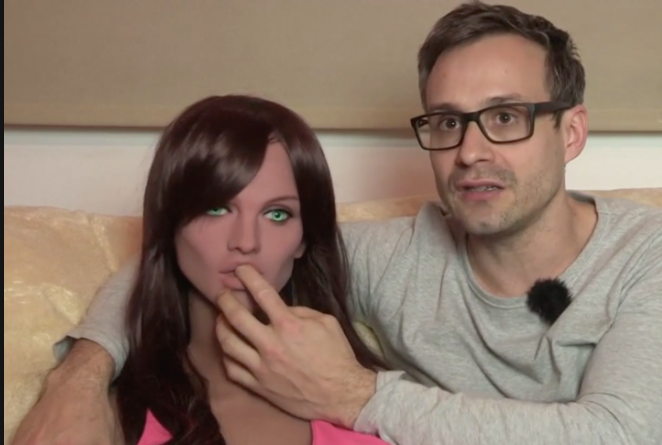 Several reported cases of humans “marrying” their sex robots have been documented in the past years.

Inventor Sergi Santos wants to take the weirdness level up a notch by creating a sex robot capable of conceiving a baby.

The Spanish sex robot developer, as per The Sun, is finding a way for his mechanical temptress “Samantha” to actually bear a child after intercourse.

After pledging his support for more human-to-machine marital unions in the future, the Barcelona-based inventor said he would soon be able to have a baby with his creation.

“I can make them have a baby. It’s not so difficult. I would love to have a child with a robot,” he shared.

Santos also bared how his ingenious ambition could be turned into reality.

“Using the brain I have already created, I would program it with a genome so he or she could have moral values, plus concepts of beauty, justice and the values that humans have. Then to create a child with this robot it would be extremely simple,” he said.

“I would make an algorithm of what I personally believe about these concepts, and then shuffle it with what she thinks and then 3D print it. That’s it. I 3D print the robot that is the child of me and the robot … I don’t see any complications.”

Meanwhile, Santos is happily married to his wife of 16 years, Maritsa Kissamitaki, who has no problem with his relationship with the sex robot.  Khristian Ibarrola /ra