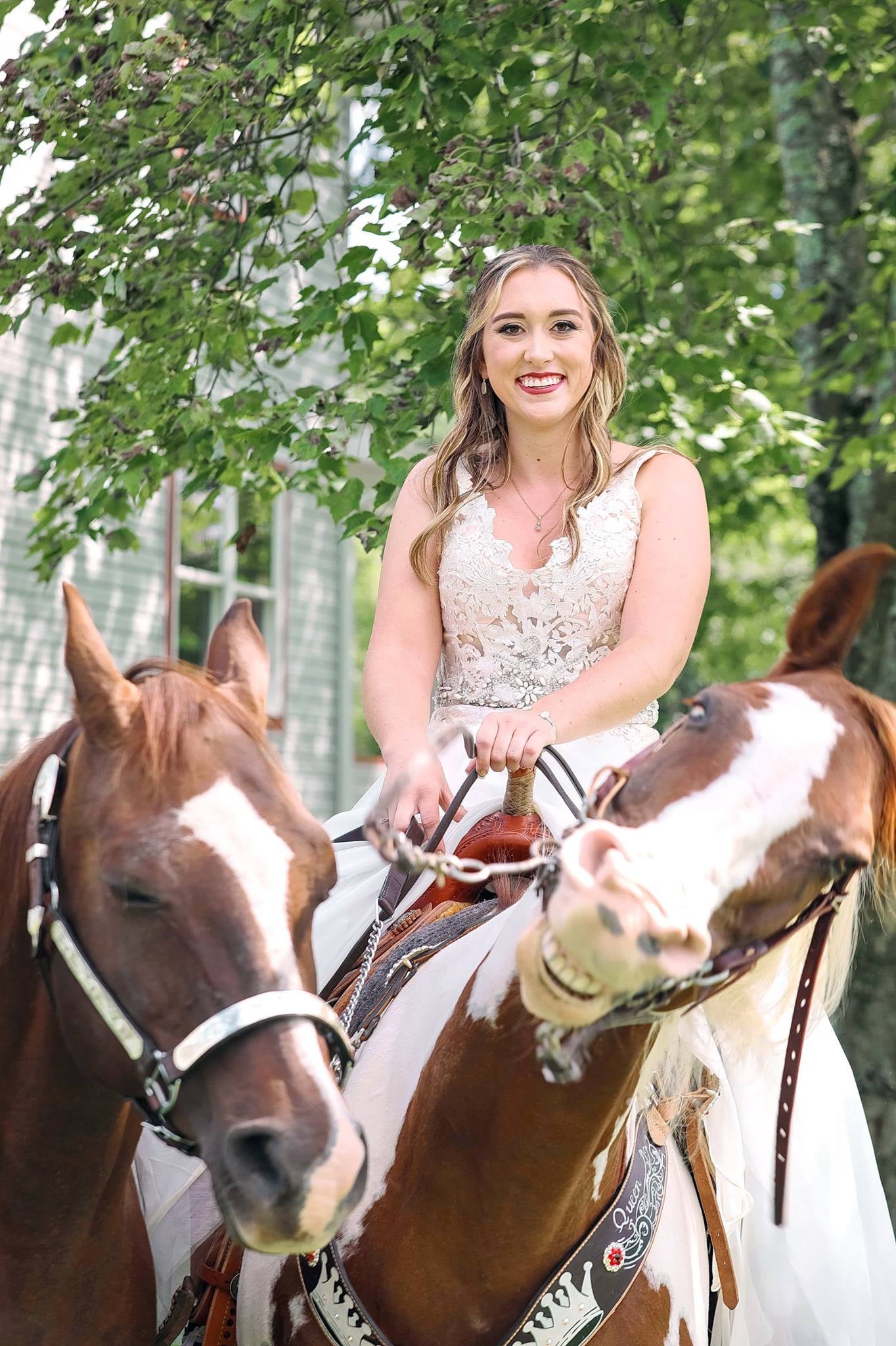 Brides are supposed to be the stars in weddings, and the consequent photo shoots. Someone must have forgotten to tell this horse, as it broke out its biggest smile and stole the show.

Tony Bendele captured the image during the wedding of Patti Womer, the owner of horses Dutch and Cricket. Womer wanted the two horses to play a part on her big day. It looked like Cricket was completely down with the idea and flashed its biggest smile to match that of its owner.

Bendele shared the shot on his Facebook page and it has since garnered positive feedback. 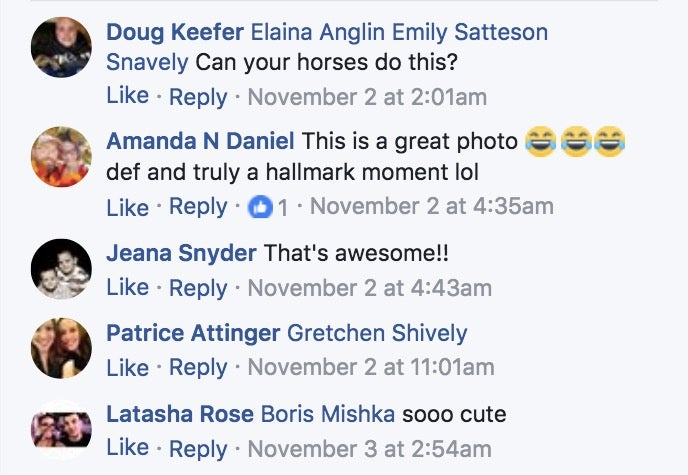 One commenter went so far as to say it was “the” money shot.

According to Yahoo Lifestyle, Womer bought Dutch and Cricket with her father when she was eight years old. Her father has since passed away, but Womer had her represented by riding Cricket and walking Dutch beside her with an empty saddle for Mr. Womer. Dutch had been her father’s horse. Referring to the photo, Womer said, “This just showed that my father was there with me through the whole thing.” JB

LOOK: Strawberries on pizza become another issue for netizens