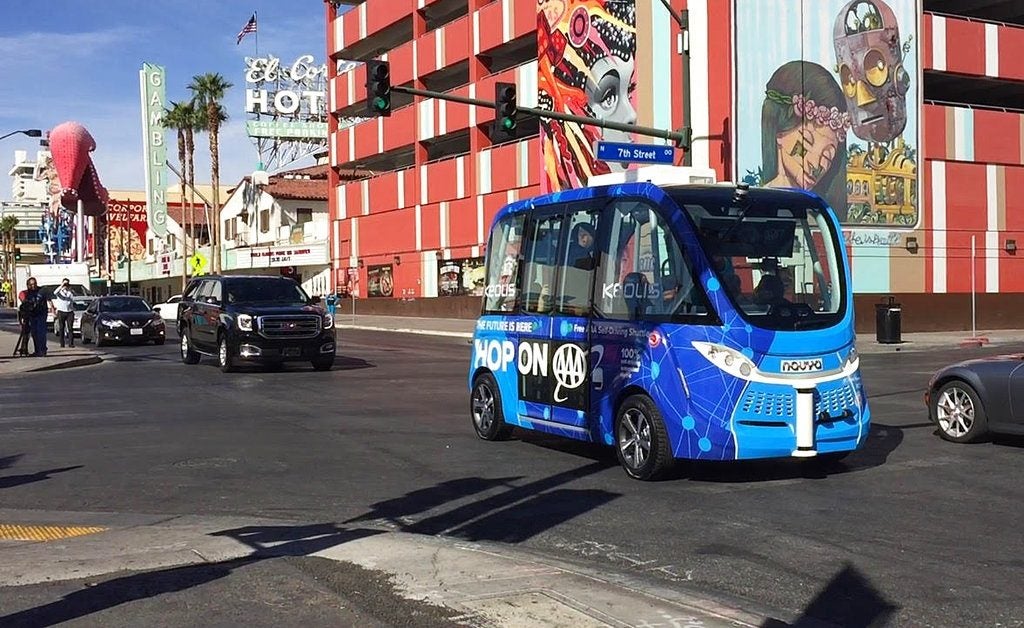 A driverless shuttle bus rolls down a street in Las Vegas on Wednesday, Nov. 8, 2017. One of the buses was involved in a collision less than two hours after the service was launched. Police said no injuries were reported in the Wednesday crash between the self-operating vehicle and a semi-truck. It is not yet clear what caused the wreck. (AP Photo/Regina Garcia Cano)

LAS VEGAS — A driverless shuttle bus has crashed less than two hours after it was launched in Las Vegas.

Police said no injuries were reported in Wednesday’s collision between the self-operating vehicle and a semi-truck. It is not yet clear what caused the accident.

Officials had hosted an unveiling ceremony to promote what they described as the nation’s first self-driving shuttle pilot project geared toward the public.

The oval-shaped shuttle that can transport up to 12 passengers has an attendant and computer monitor, but no steering wheel and no brake pedals. It uses GPS, electronic curb sensors, and other technology to make its way.

Before it crashed, dozens of people had lined up in downtown Las Vegas to get a free ride.