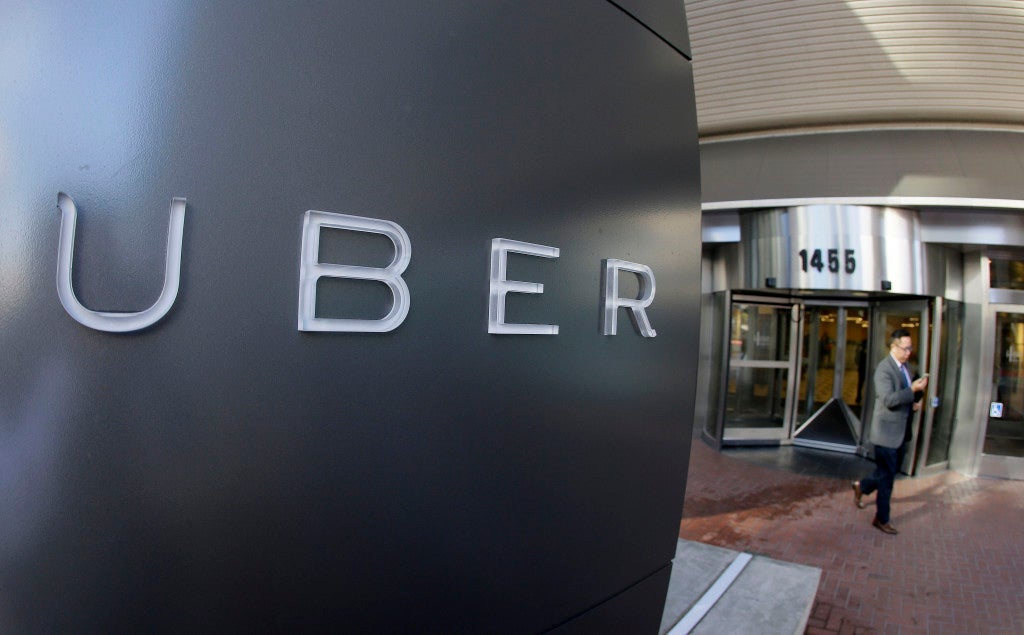 In this Dec. 16, 2014 file photo, a man leaves the headquarters of Uber in San Francisco. (AP Photo)

Metro Manila would have a million less cars on the road during peak hours if a significant number of consumers use the ridesharing applications instead of taking individual cars, according to a survey commissioned by Uber.

This is according to the “Unlocking Cities” report by Boston Consulting Group (BCG), a global management consulting firm, which conducted the survey in 10 cities in Southeast Asia including Metro Manila. The results were made public Thursday.

One of the findings of the report pointed to a significant reduction in the number of cars on the road during peak hours. Peak hours were pegged at 7 to 9 a.m. and 6 to 8 p.m.

To come up with an estimate, BCG said it quantified the number of vehicles that could be taken off the road in a scenario where the most widely privately owned vehicles were substituted by ridesharing.

“In cities where private cars make up the majority of private transport, between 40 percent to 60 percent can be removed,” the report said, noting that this would be the case if ridesharing became the third, if not the second, most popular mode of transportation.

The BCG survey took place from September to October this year, covering approximately 300 commuters per city. This was around the same time Uber Philippines went back online after a spat with the Land Transportation Franchising and Regulation Board (LTFRB), which sanctioned the transport network company for accepting new driver applications in spite of a government directive urging against it.

The study covered ridesharing in general, which includes pooling and non-pooling. Among other benefits, the study said ridesharing could also convince a good number of people not to own cars anymore.

According to Uber Philippines General Manager Laurence Cua, the company’s Uber Pool option — wherein rides are shared among people with common routes or destinations — accounts for 40 percent of their trips on average. He did not clarify, however, whether or not this is on a daily or monthly basis.

Since being introduced over a year ago, the demand for Uber Pool has been growing, he said, without giving more specific figures.

“The demand is continuous there. We were surprised with the adoption (of Uber Pool) that a lot of people were actually willing to share (a car) with other riders,” he said.

Uber is present in Metro Manila and Cebu, he said. He said Uber is also exploring other options, such as penetrating the market in Pampanga. /jpv

Uber says growth strong as it gives a peek at earnings