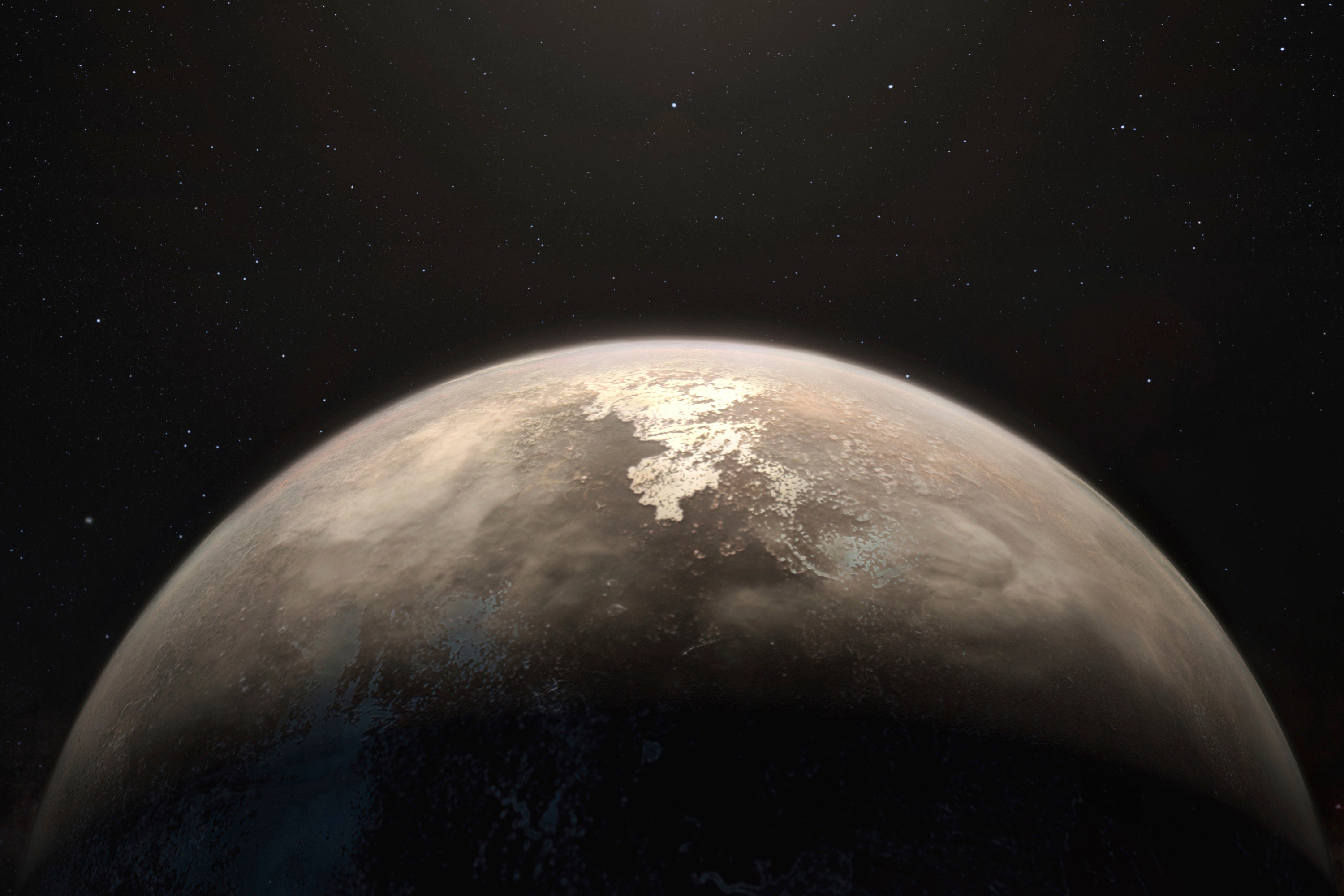 This illustration made available by the European Southern Observatory on Wednesday, Nov. 15, 2017 shows the planet Ross 128 b, which orbits a red dwarf star, 11 light-years from Earth. The exoplanet is the second-closest to be detected yet outside our solar system with surface temperatures potentially similar to ours. Image: M. Kornmesser/ESO via AP)

CAPE CANAVERAL, Fla. (AP) — Astronomers have discovered a close new world about the size of Earth, where a year lasts just under 10 days.At a distance of 11 light-years, Ross 128 b is the second-closest planet to be detected yet outside our solar system with surface temperatures potentially similar to ours.

Ross 128 b is very near its star, thus the short orbit. But it doesn’t get broiled because the red dwarf star is cool. The star is also quiet, meaning no radiation flare-ups. That’s encouraging news for seekers of extraterrestrial life. The planet is believed to border the so-called habitable zone.

A team led by the University of Grenoble Alps’ Xavier Bonfils made the discovery using La Silla Observatory in Chile. The findings were reported Wednesday.