FORT MEADE – US Army investigators presented evidence for the first time Monday directly linking the US soldier accused of spilling secrets to WikiLeaks to the founder of the site, Julian Assange. 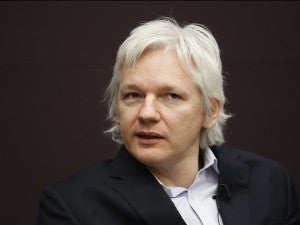 Testifying at a hearing to determine if US Army Private Bradley Manning should face a court-martial, the investigators said contact information for Assange was found on a computer hard drive belonging to Manning.

The digital forensics experts also said they had found evidence of online chats between Manning and a computer user with the screen name “Julian Assange.”

In addition, they said they recovered State Department cables, US military reports from Iraq and Afghanistan and other classified material from Manning’s computers and storage devices.

The testimony, which came on the fourth day of the hearing being held at this sprawling army base, was the most compelling government evidence yet linking Manning to one of the most serious intelligence breaches in US history.

Manning, who turned 24 on Saturday, could face life in prison if convicted of “aiding the enemy,” the most serious of the 22 charges he is facing.

Mark Johnson, a private contractor who works for the US Army’s Computer Crime Investigative Unit (CCIU), said a computer hard drive obtained from Manning had contact information for Assange, the Australian-born WikiLeaks founder.

US Army prosecutors showed a screenshot of a message said to be taken from a file on the drive. “You can currently reach our investigations editor directly in Iceland – 354 862 3481 – 24 hour service – Ask for Julian Assange,” it said.

The investigators also said they had recovered online chats between Manning and a user by the name “Julian Assange” during which WikiLeaks was discussed.

Assange, who is in Britain fighting extradition to Sweden on sexual assault charges, has consistently denied knowing the source of the material received by his site but has expressed support for Manning.

The investigators said they had found a file on an SD card recovered from Manning’s aunt’s house that contained 91,000 US military field reports from Afghanistan and another 400,000 from Iraq.

A message allegedly from Manning described the cache as being “one of the most significant documents of our time, removing the fog of war and revealing the true nature of 21st century asymmetric warfare.”

Special Agent David Shaver, head of the CCIU’s digital forensics and research branch, said investigators had also found 10,000 State Department cables that were apparently not passed on to WikiLeaks because of a corrupted file.

Among the documents Manning is suspected of giving WikiLeaks are some 260,000 State Department cables which led to an embarrassing string of revelations for the United States and other governments.

Shaver also said an additional 100,000 encoded State Department cables were found on a computer used by Manning between November 2009, when he was deployed to Iraq, and May 2010, when he was arrested.

The courtroom was cleared twice – over defense objections – on Monday of the public and the media to allow for discussion of classified material.

Defense attorneys have argued that Manning struggled with gender issues and emotional problems but his superiors repeatedly failed to provide counseling, take disciplinary action or revoke his security clearance.

His defense attorneys have also suggested that Manning, who is gay, had difficulty serving in a US military that was operating under the “Don’t Ask, Don’t Tell” policy towards homosexuals which has since been repealed.

Pentagon Papers whistleblower Daniel Ellsberg was escorted out of the hearing on Monday after approaching the defense table and introducing himself to Manning during a break in the proceedings, witnesses said.

Ellsberg was told by security officers it was a violation of the court rules to approach Manning but was allowed to return when the hearing resumed.

Another Manning supporter, Dan Choi, a former US Army lieutenant and gay activist, was barred for the day for creating what the military described as a “disturbance” outside the courtroom.

Choi has been attending the hearing in full army dress uniform and he said on his Twitter feed, @ltdanchoi, that security officers “were very angered that I wore a uniform, which is my legal right.”

Manning supporters have been among the general public attending the hearing and have held vigils and protest rallies outside the gates of Fort Meade.