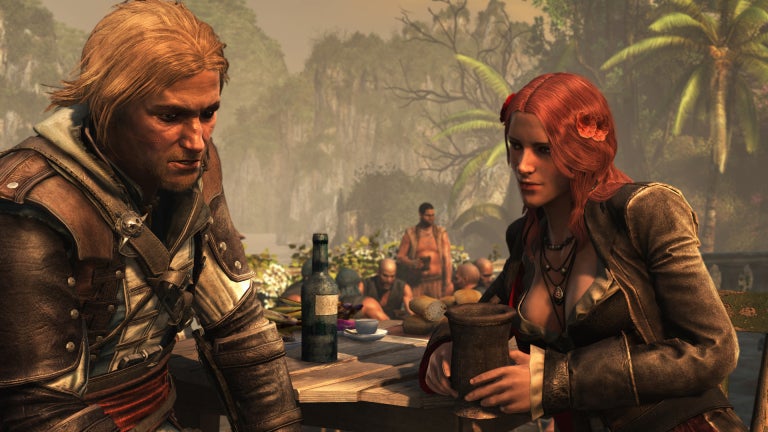 Celebrating the ten-year anniversary of the entire “Assassin’s Creed” franchise, which actually turned 10 in November, the giveaway is distributed via Ubisoft’s PC gaming service, UPlay.

Often held up as a high point of Ubisoft’s best-selling franchise,”Assassin’s Creed IV: Black Flag” freshened up a familiar mixture of historical fiction, monument scaling, and stealthy adventuring with a dose of 18th century Caribbean swashbuckling.

Sea shanties on the open wave, clashes with opposing frigates, and treasure-hunting missions above and below sea level were the order of the day.

Following a one-week giveaway of another semi-historical gem, tactical battlefield title “World in Conflict”, “Assassin’s Creed IV” is being made available via UPlay and the free.ubisoft.com site until Dec. 18, 2 a.m. PST.

“Assassin’s Creed IV: Black Flag” was released at a time when Sony and Microsoft were encouraging console gamers to move over from the PlayStation 3 and Xbox 360 to the PlayStation 4 and Xbox One.

At the same time, major third-party publishers such as Ubisoft were not yet prepared to limit reliable annual blockbuster franchises to the new consoles’ early adopters, and consequently “AC IV: Black Flag” arrived on PS3 and Xbox 360 as well as PS4 and Xbox One.

But how could it be considered the second-best “Assassin’s Creed”?

A shorter adventure, it retained the seafaring theme of the well-received “Black Flag” and was praised for a tighter storyline that offered a complete turnabout of the franchise’s usual framing while closing off a handful of leftover narrative threads.

And it’s because of those unexpected sparks of innovation (and, perhaps, its underdog nature) that, in some quarters, Bulgarian-made “Rogue” tops even “Black Flag” as franchise favorite.

It has “Far Cry 5” in the works for March 2018, just last week bumped from an anticipated February launch, and, no doubt, we’ll see subsequent entries to the “Assassin’s Creed” arc from Ubi Montraal after that. JB