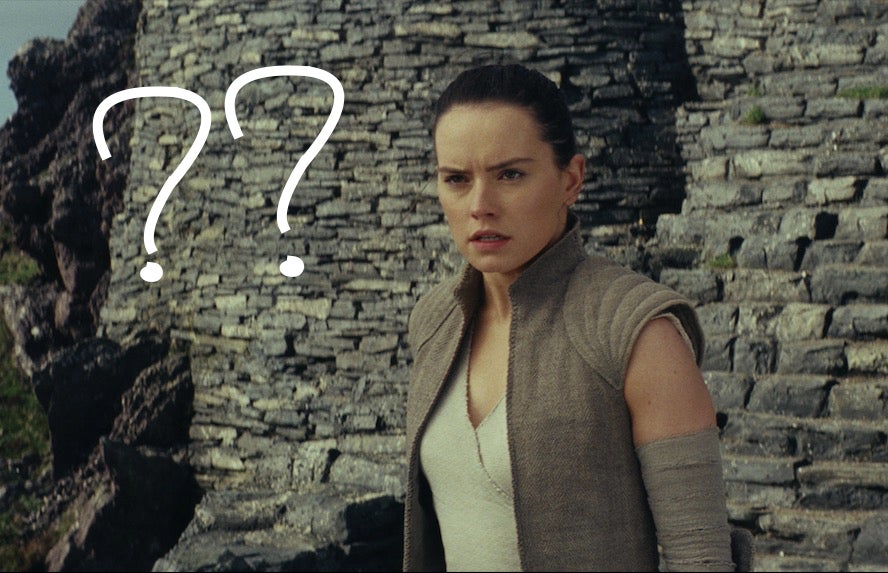 Despite positive critical feedback, some fans are unsatisfied with the latest installment to the “Star Wars” movie universe. Some even went to the website Change.org and created online petitions against “The Last Jedi”.

One petition appeared tame compared to others. It simply asked for some rewording on the title “The Last Jedi”. 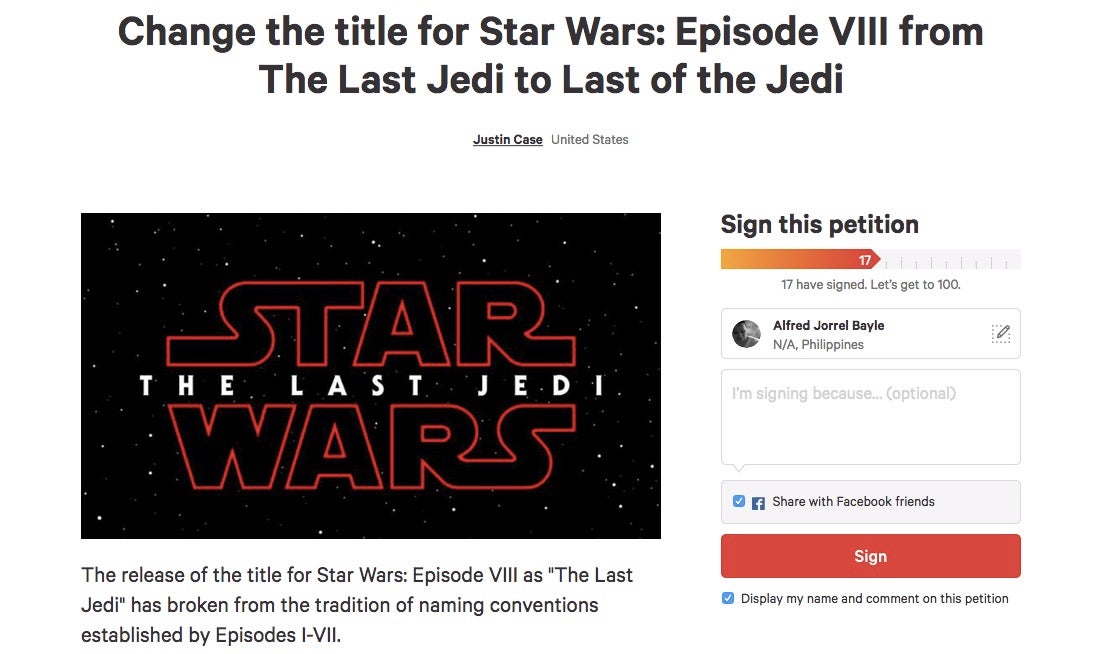 However, two petitions called for Disney to remove “The Last Jedi” from the official “Star Wars” canon. 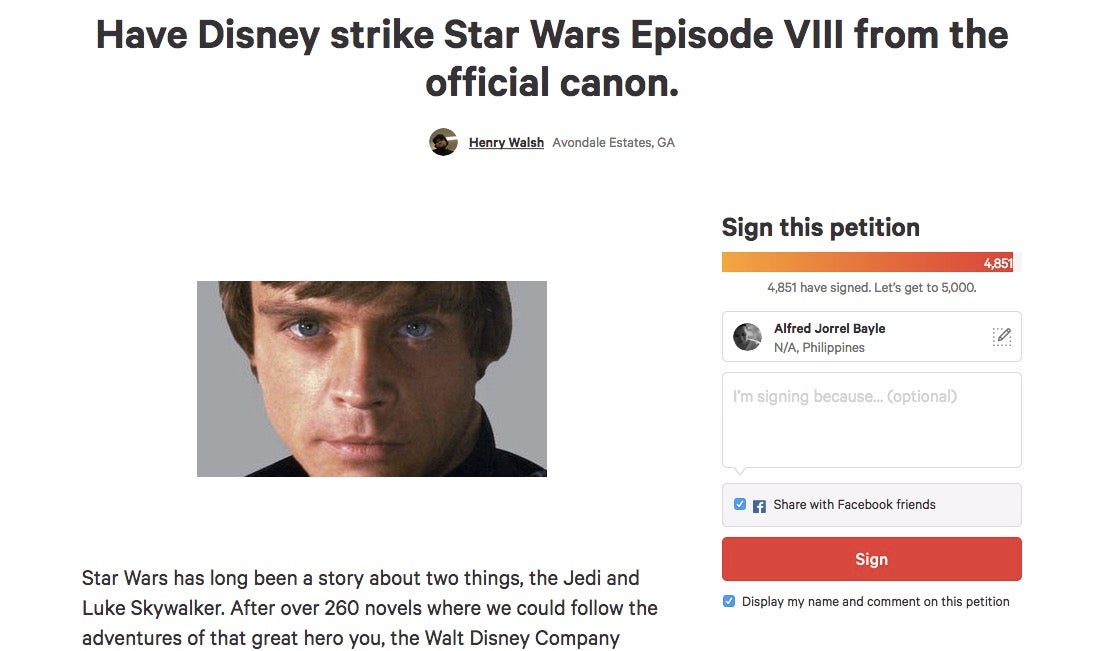 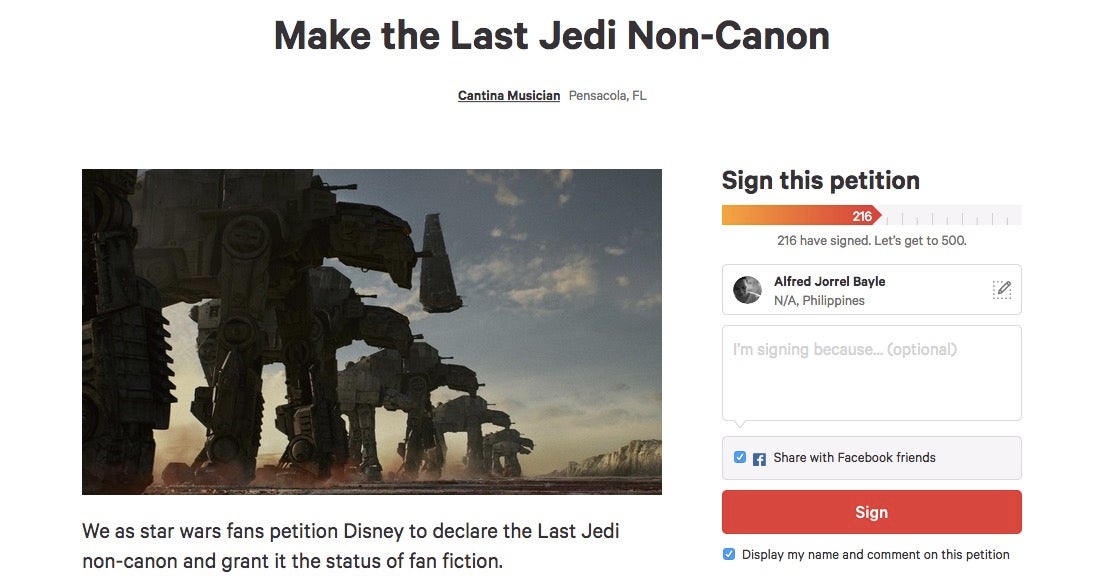 One petition went so far as to ask for a total remake of the billion dollar movie. 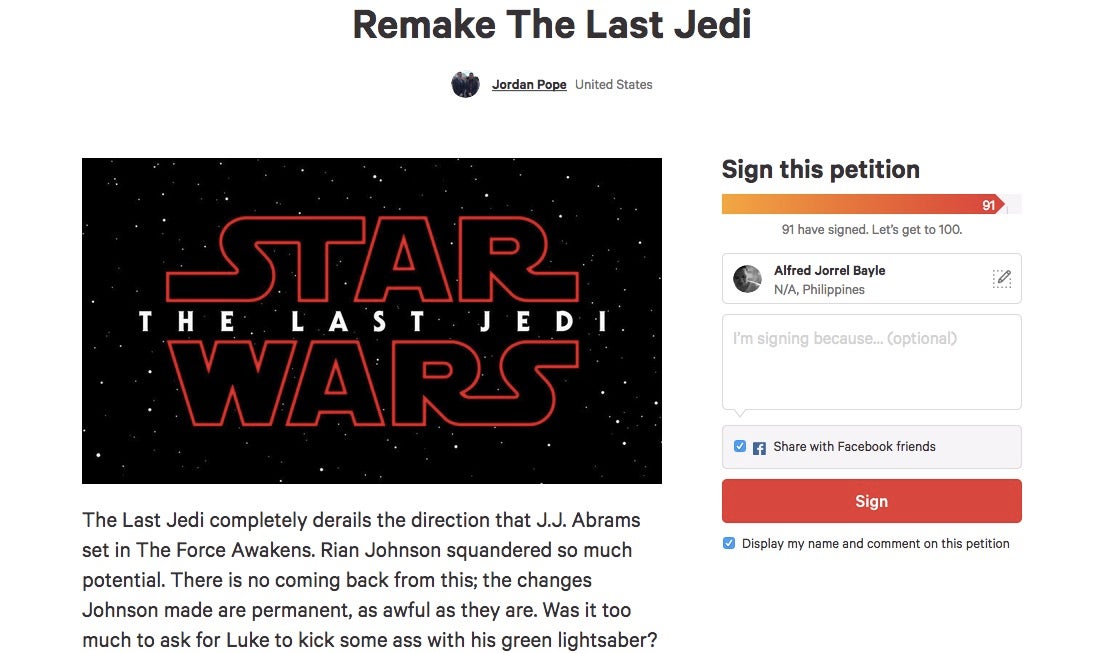 Another petition asks that director Rian Johnson acknowledge “The Last Jedi” as an awful movie. 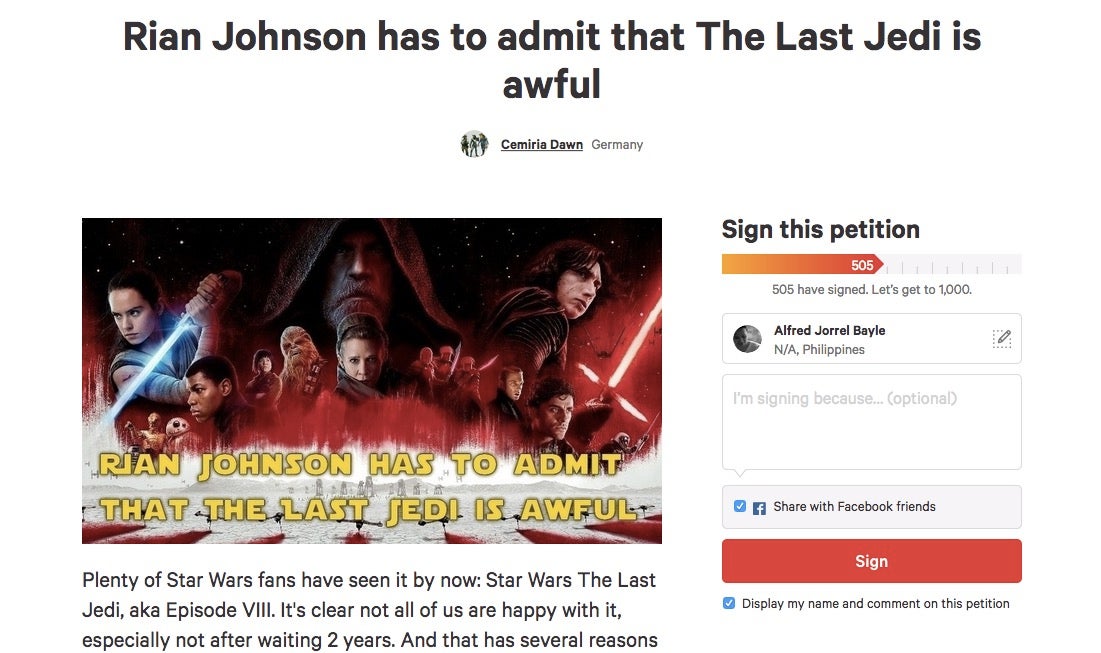 There’s also a petition to have Johnson completely removed from the production of any “Star Wars” movie. 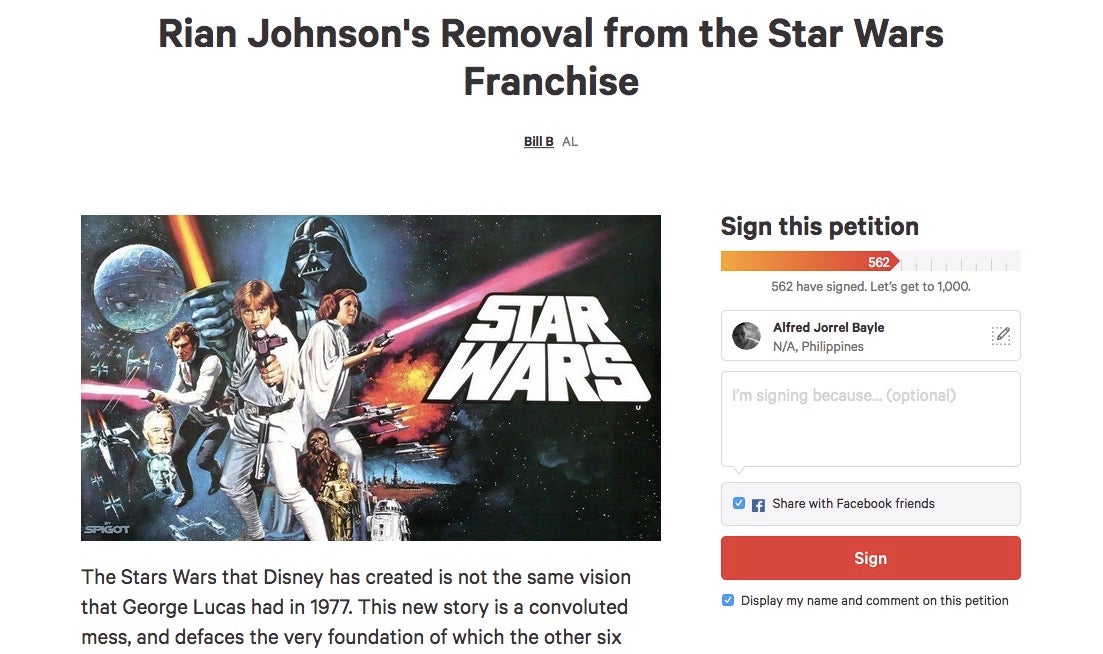 But amidst the circus, an apparent voice of reason created a petition to stop fans from petitioning against “The Last Jedi”. 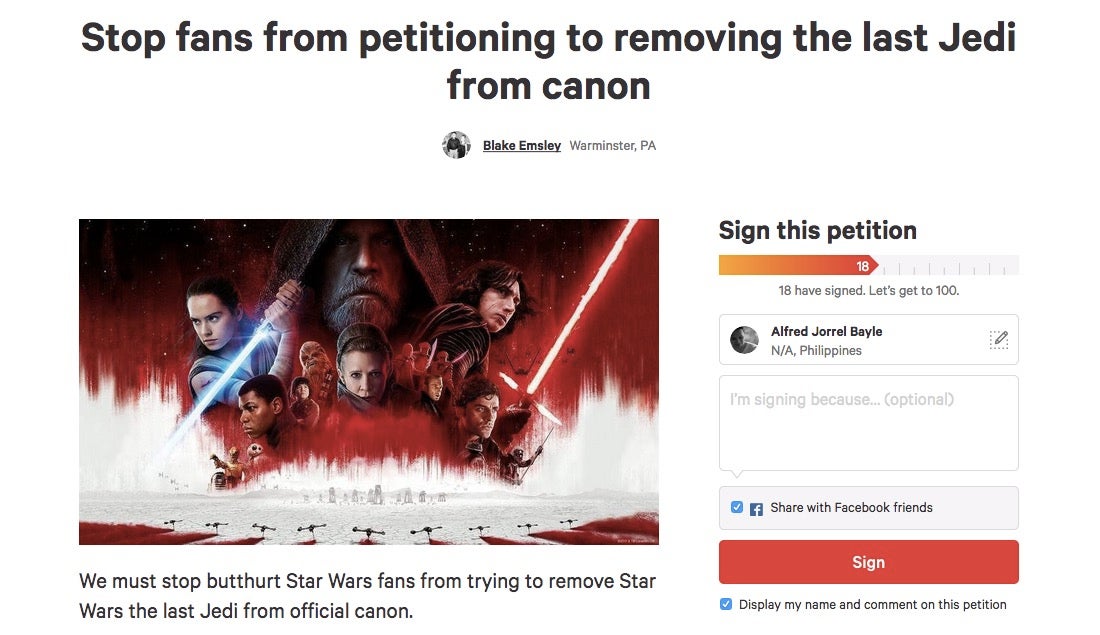 So far the petition for Disney to remove “The Last Jedi” from the official canon has proven the most popular. It has gained around 4,800 signatures. All the rest only received support from a few hundred individuals. JB