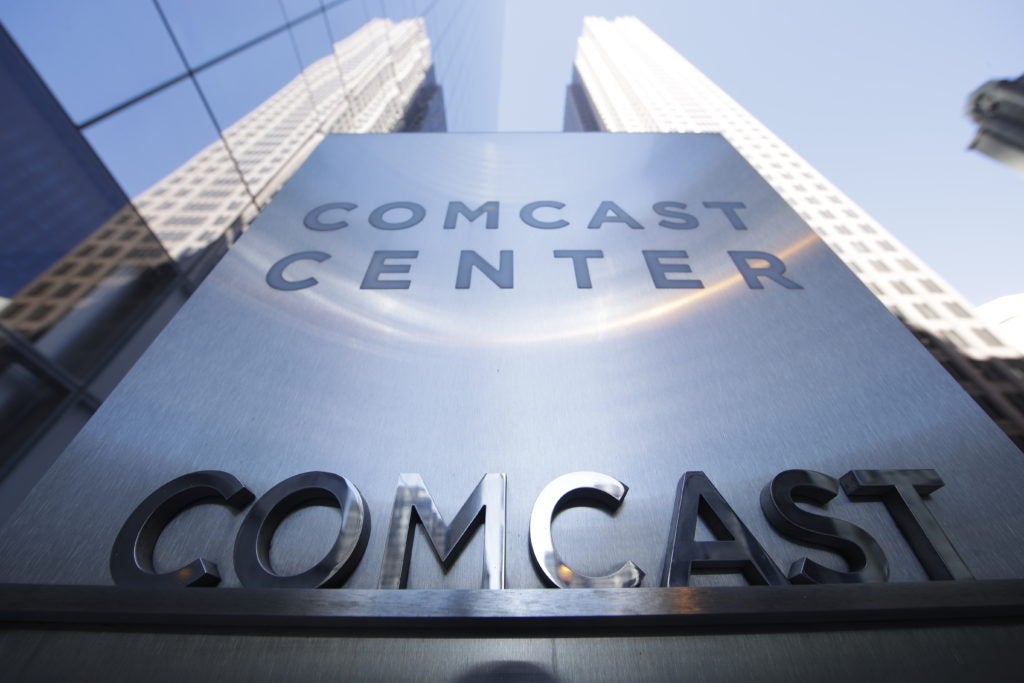 This March 29, 2017, file photo shows a sign outside the Comcast Center in Philadelphia. The state of Washington announced Thursday, Dec. 21, that it is expanding a lawsuit against cable and internet provider Comcast and accusing the company of discarding recorded customer service calls that the attorney general claims is evidence of the company’s alleged deceptive sales practices. AP

SEATTLE — The state of Washington announced Thursday that it is expanding a lawsuit against cable and internet provider Comcast and accusing the company of discarding recorded customer service calls that the attorney general claims is evidence of the company’s alleged deceptive sales practices.

Philadelphia-based Comcast said it strongly disagrees with Ferguson’s new claims and said his assertions were based on flawed methodology and assumptions. The company said it will continue to vigorously defend itself in court.

“The Service Protection Plan gives those consumers who choose to purchase it great value by covering virtually all service charges over 99% of the time,” Marianne Bichsel, vice president of external affairs for Comcast’s Washington Region, said in a statement.

Ferguson said Thursday that Comcast initially refused a request for access to recorded customer service calls as too burdensome, which launched a court fight. The company eventually turned over a limited sample of those calls but had already routinely deleted tens of thousands of recordings, saying it was not under any obligation to preserve them. Ferguson’s office disagrees.

Ferguson claims now that the company knowingly destroyed evidence as the investigation was underway, though Comcast called that a mischaracterization of the company’s standard handling of agent call records.

The state said it has analyzed 150 calls so far from the thousands that it will review that were made between Washington state customers and Comcast customer service representatives.

In a statement, Comcast said “as confirmed by the court, any accusation that Comcast deleted calls because of this investigation is just plain wrong. In fact, we gave the AG over 4,500 call recordings and they have only listened to 150 of them.”
The state said it found cases of the company charging customers for service protection plans even if they refused them, or would mislead them about the cost. Half of the time, Comcast employees did not discuss the plans with customers but charged them for the plans anyway, Ferguson said.
“We’ve now uncovered evidence that many Washingtonians are paying for it without their consent,” Ferguson said.
Comcast called the case an overreach and said customers receive email confirmation when they sign up for the service.

The state said more than 500,000 people in Washington have paid for the plan, totaling $73 million between 2011 and 2015. It costs $5.99 a month and is promoted as a way to avoid being charged for technician visits to homes to fix issues covered by the plan.

Ferguson is seeking full restitution for customers who unknowingly paid for the plan or felt deceived about the cost or service. The state is also asking for “significant” civil penalties against Comcast but did not specify an amount.