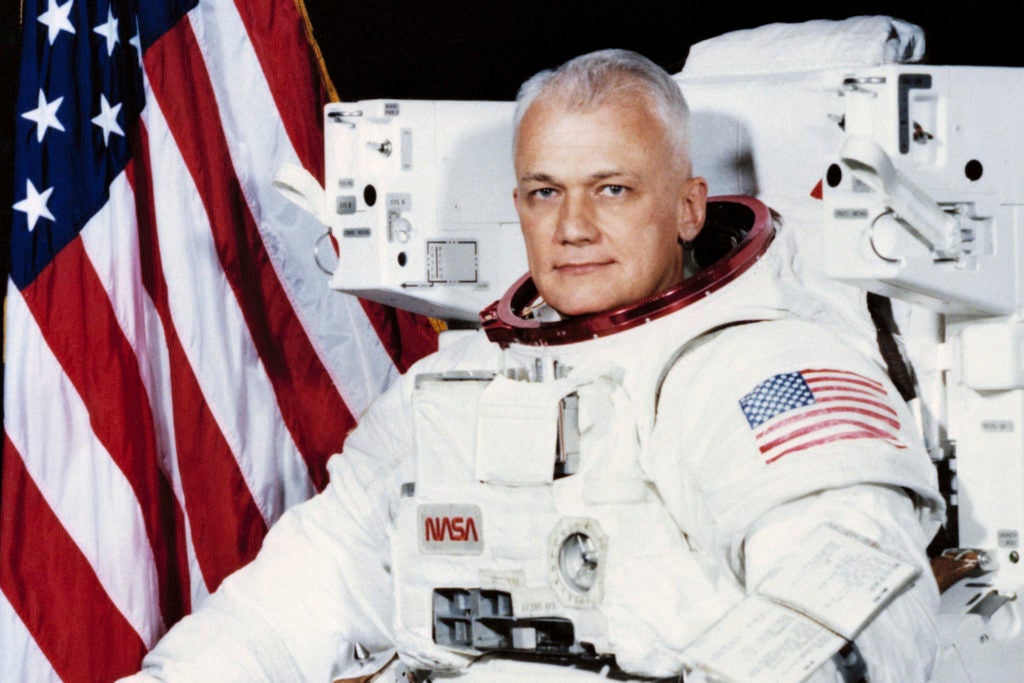 HOUSTON (AP) — NASA astronaut Bruce McCandless, the first person to fly freely and untethered in space, has died. He was 80.

He was famously photographed in 1984 flying with a hefty spacewalker’s jetpack, alone in the cosmic blackness above a blue Earth. He traveled more than 300 feet away from the space shuttle Challenger during the spacewalk.

“The iconic photo of Bruce soaring effortlessly in space has inspired generations of Americans to believe that there is no limit to the human potential,” Sen. John McCain said in a statement. The Arizona Republican and McCandless were classmates at the U.S. Naval Academy.

NASA’s Johnson Space Center said Friday that McCandless died Thursday in California. No cause of death was given.

McCandless said he wasn’t nervous about the historic spacewalk.

“I was grossly over-trained. I was just anxious to get out there and fly. I felt very comfortable … It got so cold my teeth were chattering and I was shivering, but that was a very minor thing,” he told the Daily Camera in Boulder, Colorado, in 2006.

During that flight, McCandless and fellow astronaut Robert L. Stewart pioneered the use of NASA’s backpack device that allowed astronauts walking in space to propel themselves from the shuttle. Stewart became the second person to fly untethered two hours after McCandless.

“I’d been told of the quiet vacuum you experience in space, but with three radio links saying, “How’s your oxygen holding out?” ”Stay away from the engines!” ”When’s my turn?” it wasn’t that peaceful,’ McCandless wrote in the Guardian in 2015.

But he also wrote: “It was a wonderful feeling, a mix of personal elation and professional pride: it had taken many years to get to that point.” 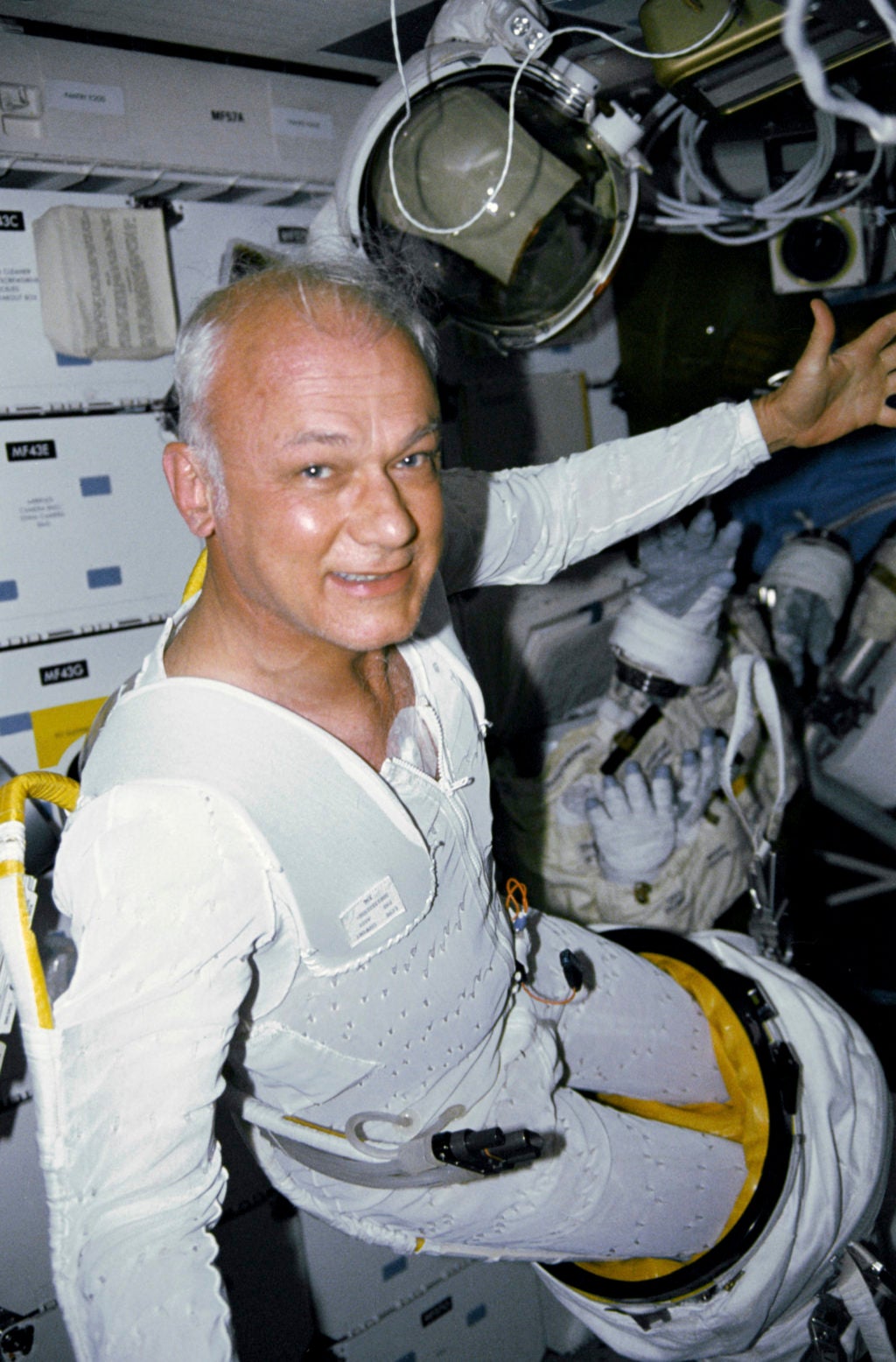 McCandless was later part of the 1990 shuttle crew that delivered the Hubble Space Telescope to orbit. He also served as the Mission Control capsule communicator in Houston as Neil Armstrong and Buzz Aldrin walked on the moon in 1969.

During his spacewalk, “My wife was at mission control, and there was quite a bit of apprehension,” McCandless wrote. “I wanted to say something similar to Neil when he landed on the moon, so I said, “It may have been a small step for Neil, but it’s a heck of a big leap for me.” That loosened the tension a bit.”

He was a naval aviator who participated in the Cuban blockade in the 1962 missile crisis. McCandless was selected for astronaut training during the Gemini program, and he was a backup pilot for the first manned Skylab mission in 1973. After leaving NASA, McCandless worked for Lockheed Martin Space Systems in Colorado.

“Bruce served his country with humility and dignity, and encouraged all of us to reach new heights,” McCain said.