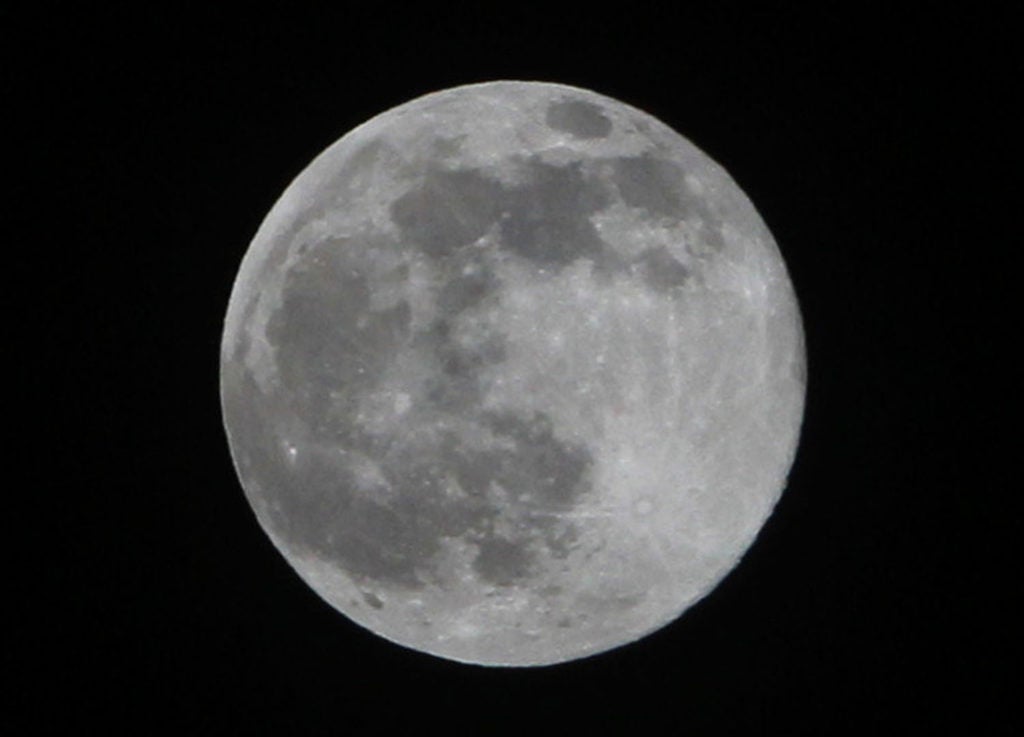 The New Year’s Eve fireworks may be over, but there will be a few spectacular natural light shows still to watch in the night skies this month, including falling stars, two supermoons and an eclipse of the blue blood moon, the first such celestial phenomenon in more than 150 years.

Two full moons will be occurring this month, according to the astronomical diary for January of the Philippine Atmospheric, Geophysical and Astronomical Services Administration (Pagasa).

The first full moon on Jan. 2 will be followed by another on Jan. 31. The second full moon that occurs in the same month is popularly called blue moon.

Both full moons will also be supermoons, so-called when the moon comes within about 361,000 kilometers of the Earth, which is at or near the perigee—the point in the moon’s orbit when it is closest to our planet, making it look bigger and brighter from the ground than the usual full moon.

The Jan. 31 super blue moon will be made even more special by a total lunar eclipse, when the Earth is positioned between the moon and the sun and the planet’s shadow blots the moon out of view.

The total eclipse will be visible in Asia, including the Philippines, South America, North America, the Middle East, eastern Africa, eastern Europe, the Pacific Ocean and the Indian Ocean, according to Pagasa.

Total lunar eclipses are colloquially called “blood moons” due to the red hue seen on the moon’s surface from reflected sunrises and sunsets on Earth, the US National Aeronautics and Space Administration (Nasa) said in an article on this month’s supermoons on its website.

Space.com, which bills itself as the premier source of space exploration, innovation and astronomy news, said the total eclipse of a blue moon has not happened in more than 150 years.

Pagasa said lunar eclipses were safe to watch with the naked eye.

Pagasa said another nighttime spectacle, the annual Quadrantid meteor shower has been visible since Jan. 1 and could be seen until Jan. 7. The meteor shower is expected to reach its peak tonight (Jan. 3) until the wee hours of Jan. 4.

At least 40 meteors, or falling stars, could be seen per hour, with the meteors speeding through the atmosphere at the rate of about 40 km per second, Pagasa said.

The shower will appear to radiate from the Bootes constellation.