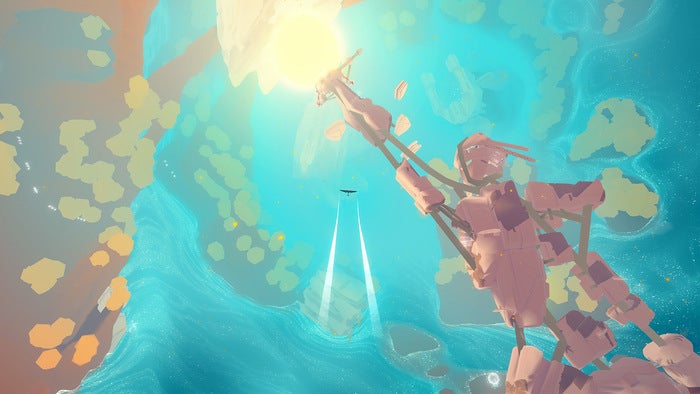 InnerSpace: Into the Inverse
For PlayStation 4, Xbox One, Nintendo Switch, Mac, Windows PC, Linux
From Jan. 16
Fly around an inverted universe, the inverse, where planets are inside-out, and a vast sky is enclosed by sea and land. Goodbye gravitational convention, hello sweeping open-world exploration.

Cytus II
For iOS
From Jan. 18 (Android in March)
A surefire hit thanks to Rayark’s achievements with the previous thumping rhythm game “Cytus” as well as “VOEZ” and “Deemo”, telling the public and personal story of a superstar pop star through intense finger-tapping challenges.

Silly Sailing
For iPhone and iPad
From Jan. 18
Set off on a naval adventure as the captain of a ship attempting to complete a series of races, trying to best other players’ recorded times. Its developer, which steered the similarly absurd “Extreme Forklifting 2” in 2016, promises that the boats get sillier and sillier as players progress.

Digimon Story: Cyber Sleuth – Hacker’s Memory
For PlayStation 4, PlayStation Vita
From Jan. 19 (since December 2017 in Japan)
As a young boy falsely accused of a cybercrime, join a team of hackers and enter an online world populated by digital creatures to find the real thief. Well-recevied upon its Japanese release, like its 2015 predecessor.

Kirby Battle Royale
For Nintendo 3DS
From Jan. 19 in North America (since November 2017 in Japan, Europe)
Scrap with up to four other characters in a variety of scenarios, from the straightforward to the strange and, according to earlier reviews, perhaps best experienced as a local multiplayer game that doesn’t otherwise reach the Kirby franchise’s lofty heights. JB

This week in video game history: ‘Sim City 4’, ‘Final Fantasy All The Bravest’