‘Fortnite’ gunning for ‘PUBG’ in the western world 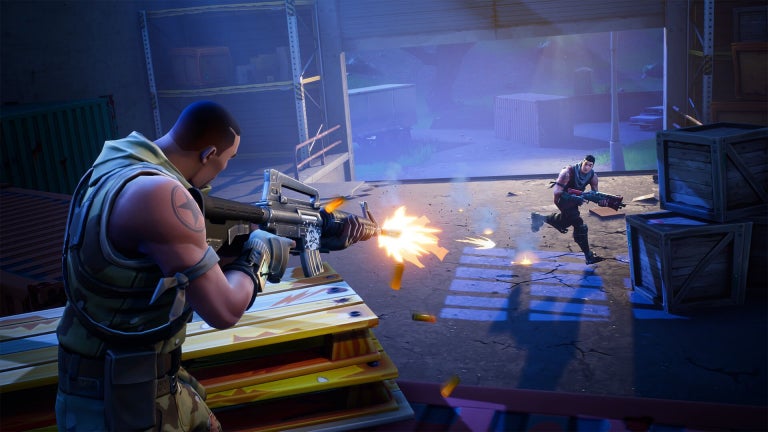 The studio behind free multiplayer game “Fortnite” is pushing the idea that their game is, will be, or could become the biggest of its kind in the western world. So what about everywhere else?

Free multiplayer action game “Fortnite: Battle Royale” is talking up its impact ahead of a map update due this week.

Developed by Epic Games, which is also responsible for one of the industry’s game development suites, the Unreal Engine, “Fortnite” established itself as a direct competitor to one of Unreal’s most high-profile exemplars, “PlayerUnknown’s Battlegrounds”.

“PUBG” burst onto the scene in March 2017, honing a last-man-standing Battle Royale formula its creative director was known for through add-ons for “Arma II” and “Arma III” and then retail game “H1Z1”.

But where “PUBG” landed with a mid-tier $29.99 (P1,500) price tag (it’s been top of Steam’s highest-grossing sales chart since launch), “Fortnite: Battle Royale” took it on with a free-to-play model.

Now the studio is issuing an update on player numbers and, it would seem, defining its goals more tightly, with an imminent update coming to the “Fortnite” island.

Released on PC, Mac, PlayStation 4 and Xbox One in September 2017, the game can boast of some 40 million players, a considerable increase on the 30m number announced in early December. Back then, “Fortnite: Battle Royale” was peaking at 1.3 million people playing concurrently. That stat has now risen to 2 million.

Using Steam data-tracking service SteamSpy as a guide, Epic’s game has around a third more sign-ups than “PUBG” (27 million), while its concurrent player count is about a third less (3 million).

The “Fortnite” figures come courtesy of Eric Williamson, lead systems designer on the game, who spoke to a number of specialist games news sites including Eurogamer and Glixel.

In conversations with each outlet, Williamson remarked upon “Battle Royale”‘s potential.

“Some of the folk around the office are saying hey, we could be the biggest Battle Royale game in the western world,” he told Eurogamer.

“To hear people say we’re basically one of the biggest, if not the biggest Battle Royale games in the western world in terms of numbers of player is amazing,” was what Glixel reported from its conversation.

Note that though Epic is Chinese internet firm Tencent since 2012, “Fortnite: Battle Royale” is focusing not on global victory but on “the western world”.

Leaving out the globe’s biggest gaming market, China, is an interesting strategic step.

Perhaps that’s because Tencent has already tied up a November 2017 deal with the “PUBG” developer, Bluehole’s South Korean PUBG Corp., for Chinese distribution and the creation of two mobile-oriented spin-offs.

So in Tencent’s view, “Fortnite: Battle Royale” and “PUBG” exist for different purposes — for now, at least. JB

TOPICS: Fortnite Battle Royale, Mac, PC, Playstation 4, Xbox One
Read Next
‘Stardew Valley’ to receive local, online multiplayer update
EDITORS' PICK
Someone from the Philippines can become $356 Million richer this Tuesday
Leveling up your ‘lutong bahay’ with the kitchen companion you never knew you needed
Philippines’ COVID-19 cases accelerate to 18,638
‘Puno na lahat:’ Metro workers brave lack of public transport, rains on Day 1 of GCQ
Duterte certifies as urgent anti-terror bill
Cherry Mobile teams up with Cloud Panda PH, launches online store
MOST READ
‘If I had not been SolGen, I will make you eat your words,’ Calida tells Coco Martin
Duterte certifies as urgent anti-terror bill
5 car dealership outlets shutting down
Senate OKs bill authorizing president to postpone opening of classes beyond August
Don't miss out on the latest news and information.