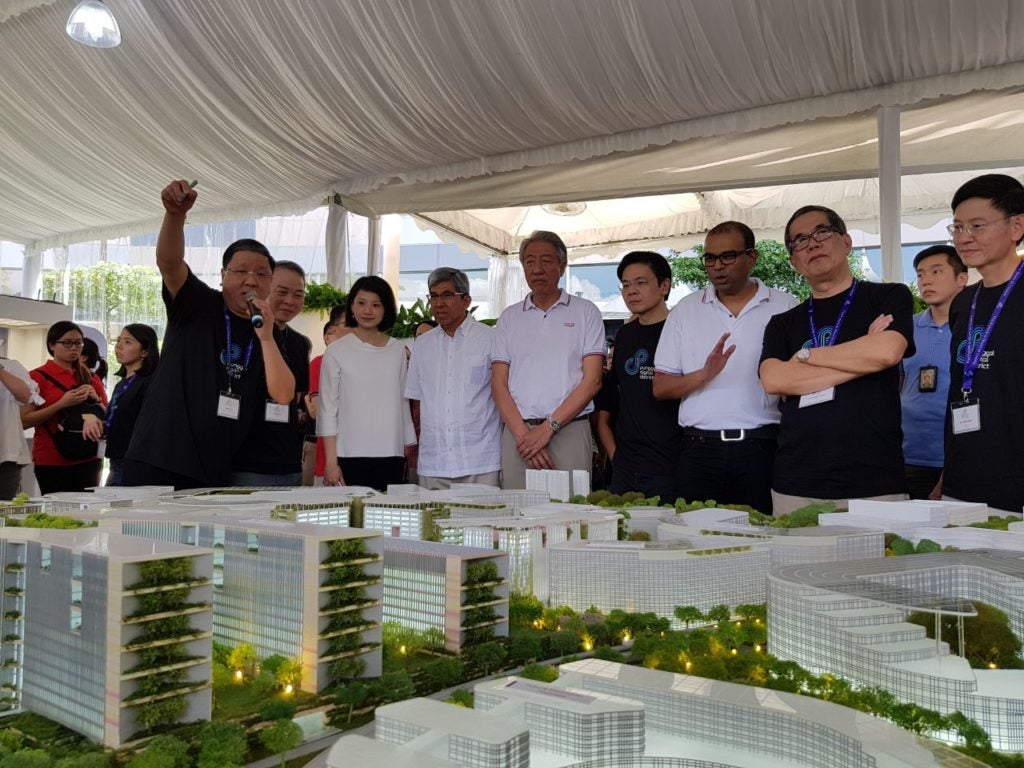 When its first buildings are ready in five years, Punggol North could become something of a mini Silicon Valley in Singapore – a center for digital and cyber-security industries that generates up to 28,000 digital economy jobs.

The masterplan for the 50ha Punggol Digital District was launched yesterday (Jan 21) by Deputy Prime Minister Teo Chee Hean at Waterway Point mall, together with an exhibition on what the district would look like.

Speaking at the event, Mr Teo said the plan is to make Punggol “a hub for key growth sectors of the digital economy”, and that could even involve moving government agencies, such as the Cyber Security Agency of Singapore – currently in Maxwell Road – to the district.

“This will help create a new cluster of cyber-security and technology firms in Punggol. Our residents can look forward to many exciting jobs in the future close to home.”

The district will also serve as a test bed for a slew of new features and planning practices.

The zoning rules – which affect land use and density – will be applied on a district level instead of on individual land parcels, giving developers more flexibility.

The area will also be car-lite, with infrastructure such as parking spaces located underground. That leaves the streets for pedestrians, cyclists and users of personal mobility devices.

It will be connected to other parts of Singapore by a host of new transport infrastructure, including the new Punggol Coast MRT station.

The Singapore Institute of Technology’s (SIT) new campus will also be in the district, a move that Mr Teo said would create opportunities for students and faculty to exchange ideas with industry practitioners working there.

Punggol Digital District is a pilot project for what is being termed an “enterprise district”, with the authorities studying if this model can be applied to other areas in future.

They envision a cluster of buildings managed by centralized systems handling waste collection, cooling and logistics for the whole area. It could even be cooled by “smart” thermostats that can detect changes outdoors and adjust the temperature indoors accordingly.

Flanking the area will be Housing Board flats, such as those in the upcoming Northshore Edge development, which is slated to be completed in 2021.

Mr David Tan, assistant chief executive officer of JTC, said it will be applying lessons it has learnt from other developments it has been involved in. This includes striking the right balance between work and leisure spaces, and even looking at how closely spaced buildings are.

For example, buildings at the International Business Park are “very standalone” compared with those in one-north, said Mr Tan. Both developments are operated by JTC. “At one-north, the buildings are much closer together and so you have more interaction,” he said.