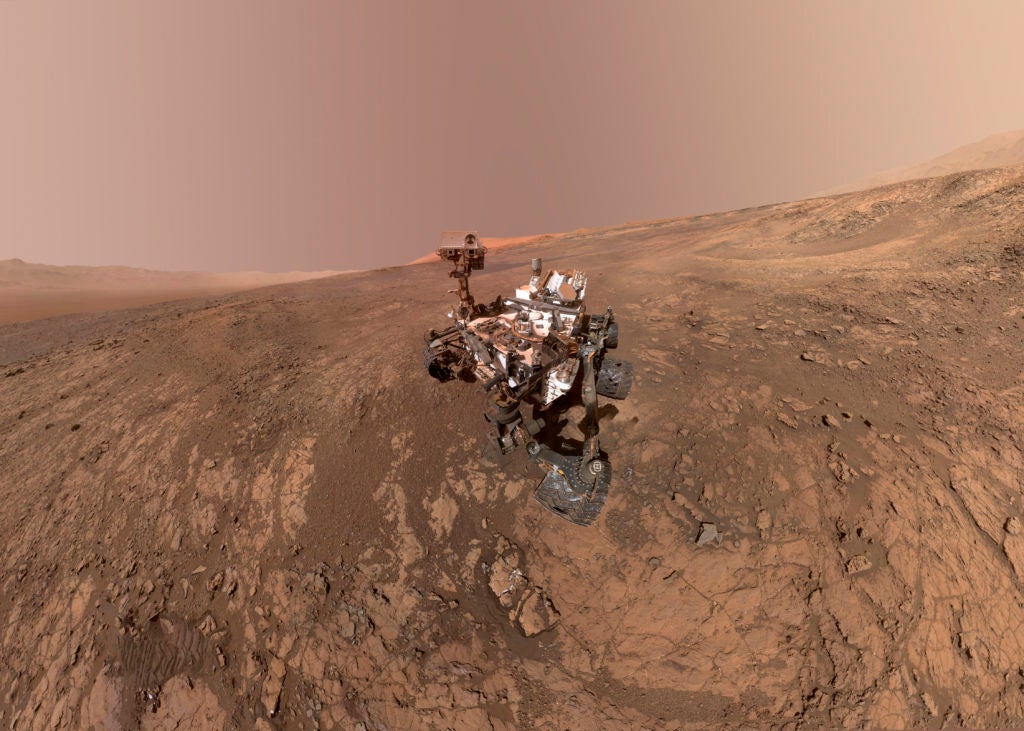 This composite image made from a series of Jan. 23, 2018 photos shows a self-portrait of NASA’s Curiosity Mars rover on Vera Rubin Ridge. The rover’s arm which held the camera was positioned out of each of the dozens of shots which make up the mosaic. (NASA/JPL-Caltech/MSSS via AP)

Released this week, the photo shows Curiosity in the middle of the dusty, red Martian terrain, with Mount Sharp in the background. The rim of Gale Crater is also visible.

A small, self-focusing camera on the end of Curiosity’s arm took the selfies. Dozens of pictures, all snapped Jan. 23, were used to create the mosaic.

Curiosity has been roaming Mars since 2012. Its next stop is the slope shown in the self-portrait, where it will probe what’s believed to be clay-rich soil.

NASA is getting ready to put another lander on Mars, a robotic geologist named InSight. Liftoff is targeted for May from California. CC

NASA test-runs Kilopower, a nuclear reactor able to sustain a habitat on Mars