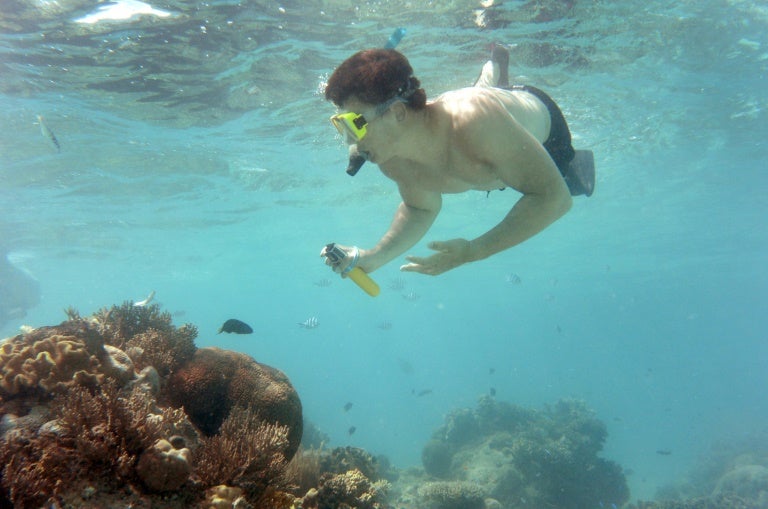 Australia’s multi-billion dollar tourism industry is under increasing threat from climate change with some of the nation’s top natural wonders in the firing line as temperatures and sea levels rise, a study warned Thursday.

The report by environmental advocacy group the Climate Council said the government needed to do more to reduce carbon emissions harming Australia’s beaches, national parks and the Great Barrier Reef.

Tourism is the nation’s second-largest export industry, valued at Aus$40 billion (US$31 billion) and employing more than 580,000 people, it said.

But popular visitor destinations were at risk, with major cities in coastal areas expected to face more frequent flooding in coming years, while Australia’s “Red Centre” region could experience more than 100 days annually above 35 degrees Celsius (95 degrees Fahrenheit) by 2030, it found.

“Tourists travel across the globe to see Australia’s remarkable natural wonders. But these icons are in the climate firing line as extreme weather events worsen and sea levels continue to rise,” ecologist and report co-author Lesley Hughes said.

“Some of our country’s most popular natural destinations, including our beaches, could become ‘no-go zones’ during peak holiday periods and seasons, with the potential for extreme temperatures to reach up to 50 degrees in Sydney and Melbourne.”

A separate report last year from Deloitte Access Economics valued the Great Barrier Reef as an asset worth Aus$56 billion, which included its tourism revenues and its indirect value for people who have not yet visited but know it exists.

The World Heritage-listed site, which attracts millions of tourists each year, is reeling from significant bouts of coral bleaching due to warming sea temperatures linked to climate change.

“Without credible climate policy that cuts Australia’s rising carbon pollution levels, the impacts of climate change will only intensify and accelerate across the country over the coming decades,” Climate Council chief executive Martin Rice said.

Environmental advocates on Thursday urged Canberra to move away from coal-fired power generation.

With its heavy use of coal-fired power and relatively small population, Australia is considered one of the world’s worst per capita greenhouse gas polluters.

“The extra heat from global warming will further reduce the tourist season and make some enterprises unviable,” said Liz Hanna, from the School of Environment at the Australian National University.

Canberra insists it is taking strong action to address the global threat of climate change, having set an ambitious target to reduce emissions to 26 to 28 percent from 2005 levels by 2030.

Australia sweltered through its third-hottest year on record in 2017, with seven of its 10 warmest years experienced since 2005. AB