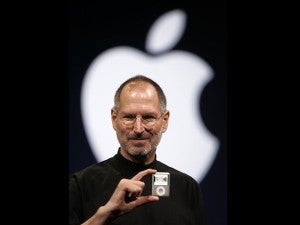 Editor’s Note: INQUIRER.net on the movers and shakers in technology for the year 2011 came up with 10 personalities/events/products/sites that revolutionized the IT world and continue to make a big impact in people’s lives.

1.Topping our list are the deaths of two tech giants who were poles apart in terms of popularity but whose contributions to the development of the internet, computers and just about everything in information technology are of equal importance: Steve Jobs and Dennis Ritchie.

Besides Apple and NEXT computers, Jobs’s name will always be synonymous with life-changing “i products” like the iMac, iPod, iPad, iTunes and iPhone as well as Pixar (film). A visionary world icon as how US President Barack Obama described him, Jobs died on October 5 this year at 56 due to pancreatic cancer. His die-hard followers are left with the question what could have he done more if given another decade to live?

Considered the father of modern computing but ironically obscured by time, Ritchie was creator of the Unix operating system and the pioneering C programming language in the early 1970s when he was working for Bell Laboratories. Both products had been instrumental in the development of the internet and computer programs like Linux, Windows, Solaris and Mac-OS, among others.  He died on October 8, or three days after Jobs’s demise.  In various blogs and online reports, the death of the already 70-year-old Ritchie was a mere footnote to Jobs’s.  The few who remembered Ritchie were one in saying that without his contributions, the likes of Jobs and Bill Gates won’t be able to achieve what they did or would have a hard time getting to where they are now.

2. Online Social Media. Who would have thought the use of social networking sites, blogs and mobile phones could help topple despots and change world history forever. Only about 30 years ago, rebels converged and thrived in abandoned buildings, warehouses, mountain and desert caves using codes and warfare techniques dating back to Sun Tzu’s “Art of War.” Nowadays, revolutionary forces just “tweeted, Facebooked, blogged and texted” to organize attacks and spread their political beliefs. The Arab Spring may have started in the last quarter of 2010 but 2011 was when dictators like Egypt’s Hosni Mubarak, Tunisia’s Ben Ali and Libya’s Moammar Gadhafi fell from power. If we may add, a recent hot topic in cyberspace was the imprisonment of former President Gloria Macapagal-Arroyo.

3. Smartphones. Just when we thought we’re OK with our existing hand-held camera phones, here come the new versions of BlackBerrys, Samsung Galaxy Notes and iPhone 4S that suck the rest of our Christmas bonus or the whole of it.

4. War of the Tablets/e-readers. Competing not only with smartphones, new models of existing Tablets and e-readers are bestsellers in the market this year. There are the Kindle Fire, Samsung Galaxy Tabs and the iPad2, with which we can bring our personal library, CD-DVD collections and all “paperworks” on the road. However, the competition was not that healthy with Apple filing legal actions on Samsung for alleged copying of the iPad.  The battles in the courts and the gadget markets worldwide continue.

6. Mark Zuckerberg and Facebook’s Timeline. With 800 million Facebook users worldwide and counting, the youngest billionaire in the IT world is laughing his way to the bank as the world gets smaller and smaller with his online business empire. Its recent feature called Timeline even made the past looked like the present.

http://technology.inquirer.net/6885/facebook-rolls-out-timeline-feature-to-all-users/
7. Julian Assange. With his rock-star demeanor, he lives like a fugitive for charges not even related to the anti-secrecy site WikiLeaks but millions view him as a modern-day hero who bravely fought and badly injured the only superpower without firing a bullet.

8. The rise of the Angry Birds. What started out as an online game introduced in 2009 by the Finnish company Rovio as an iPhone application, Angry Birds has become the most addictive past-time of techies of all ages all over the world in the following years. Now it can be found on Android smartphones, the iPad, Sony PlayStation 3 consoles and on Google’s Chrome Web browser. Middle of 2011, it has 120 million active users on mobile devices and was named Best Mobile Game at the 15th annual Webby Awards. In the Philippines first came the shirts and bags that children and adults wear, then the pillows and stuffed toys. Back in Finland, there’s a threat that it will surpass Nokia as the number one Finnish product.  Now there are talks about an animated short film, a full-length movie and – believe it or not – cookbooks!

http://technology.inquirer.net/2643/angry-birds-plot-global-domination/
8. Saudi Prince Alwaleed bin Talal and Twitter.  With 100 million users in the highly competitive social media industry, Twitter got a much needed shot in the arm from billionaire Prince Alwaleed of Saudi Arabia. Described the richest in the Arab world by The Guardian and Forbes Magazine, he had invested $300 million to the microblogging site early December this year. Twitter later announced it will use the money to make their site more user-friendly.

9. Yahoo co-founder Jerry Yang and Yahoo Inc. Amid news of takeovers that included a bid from Microsoft and Chinese firm Alibaba Inc. as well as changes in leadership—CEO Carol Bartz getting fired in September this year— Yang remains “Chief Yahoo” and member of its Board of Directors. Yahoo is still one of the most known brands in internet service.

10. Google Plus. Launched in June this year, Google offers an alternative social networking experience to its more than 260 million users. It has more privacy protection and exclusivity features. Agence France-Presse reported that “enhancements to Google+ included letting members take part in video-chat ‘Hangouts’ using camera-enabled smartphones or tablet computers, or broadcast video presentations to groups of watchers using ‘Hangouts On Air.” It was later reported that Facebook was threatened and thus the launch of its Timeline application.

For the Top Technology Stories, go to http://www.inquirer.net/top-10-editors-picks-for-2011?channel=technology