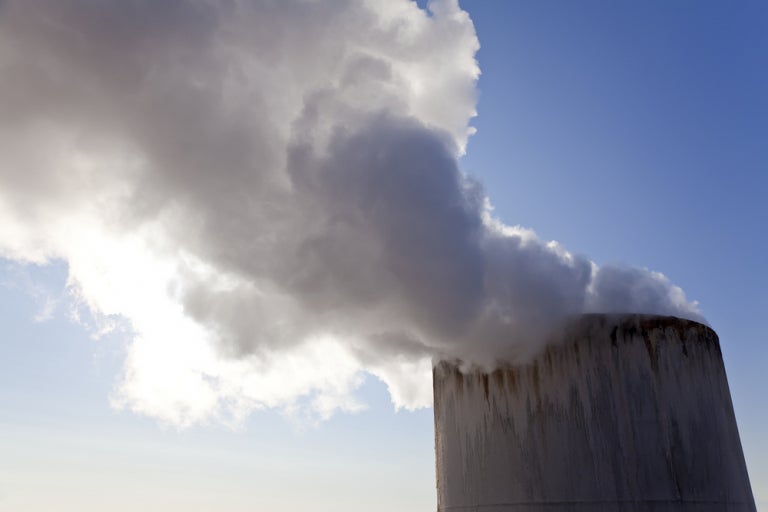 “Removing fossil fuel subsidies would only slightly slow the growth of CO2 emissions”, which are on track to increase for at least another decade, according to researchers. Image: Darren Baker/shutterstock.com WEB Only

Getting rid of massive subsidies for oil, gas and coal will not significantly curb carbon pollution or speed the transition to a greener global economy, researchers said Wednesday, challenging widely held assumptions.

“Unfortunately, it is not the silver bullet many had hoped,” they said in a statement.

“Removing fossil fuel subsidies would only slightly slow the growth of CO2 emissions”, which are on track to increase for at least another decade, they added.

“By 2030, emissions would only be one-to-five percent lower than if subsidies had been maintained.”

For fossil fuel producers, subsidies can take the form of tax breaks, cheap loans, protection from competitors, or favorable trade restrictions. For consumers, they generally result in below-market prices for oil, gas or electricity.

The intergovernmental International Energy Agency (IEA) estimated the value of fossil fuel consumption subsidies in 2016 at about $260 billion (212 billion euros), down from $310 billion the year before.

Electricity and oil each accounted for just over $100 billion, with natural gas topping $50 billion. Coal subsidies were only about $2 billion.

On the production side, an analysis by the London-based Overseas Development Institute and NGO Oil Change International found upwards of $70 billion a year in national subsidies for the oil, gas and coal sectors.

Average global temperatures are already up 1 C since the mid-19th century, and are on track — despite voluntary, carbon-cutting pledges by virtually all the world’s nations — to rise 3 C above that benchmark by 2100.

Fossil fuel giveaways, according to prevailing wisdom, encourage wasteful energy consumption, and discourage investment in renewable energy, such as solar and wind.

The G7 club of rich countries has long criticized “inefficient fossil fuel subsidies,” and in 2016 took the unusually concrete step of setting a deadline: government financial support for coal, oil and gas should end by 2025, member nations said in a communique.

Even the G20 — which includes China, India, Russia and Indonesia, all economies with large energy subsidies — has called for their gradual phase-out.

The new study suggests this is a recipe for disappointment.

Slotting different options for economic growth, technology trends, energy prices and other variables into complex models, the researchers projected fossil fuel use and CO2 emissions over the next several decades — with and without subsidies.

They found that removing them would only dampen energy demand by one-to-four percent up to 2030.

At the same time, emissions of CO2, the main greenhouse gas, would decrease by a modest one-to-five percent, regardless of whether oil prices are high or low.

Not a ‘small effect’

The first is that subsidies apply almost entirely to oil, gas and the electricity they produce, and not coal — by far the dirtiest of fossil fuels.

“In some cases, the removal of subsidies causes a switch to more-emissions intensive coal,” Jewell said.

And while the subsidies run into the hundreds of billions of dollars, that is still not enough — given the scale of global energy needs — to dampen demand even if they are withdrawn, she said.

Peter Erickson, a Seattle-based research at the Stockholm Environment Institute, said the study underestimates the impact on CO2 emissions.

“The modellers did not address how fossil fuel subsidies affect decision-making in new oil or gas fields,” he told AFP.

A recent study by Erickson in Nature Energy showed that subsidies such as tax preferences would nearly double US oil production through 2050, assuming a price of $50 a barrel.

He also questioned the conclusion that slashing up to four percent of global CO2 emissions is a “small effect,” as claimed by Jewell.

“That is only ‘small’ compared to the gargantuan size of the climate problem,” he said. AB