WATCH: Elon Musk flips out as Falcon Heavy soars into the sky 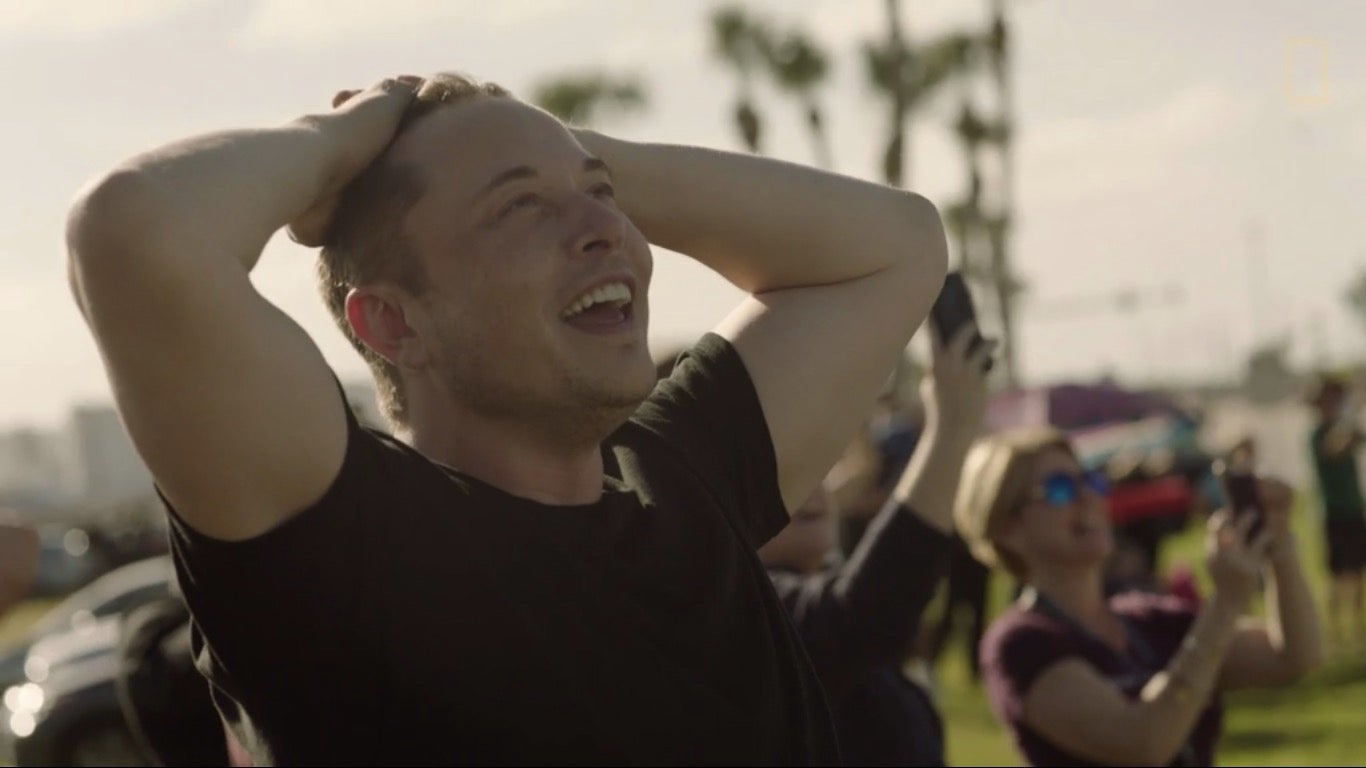 SpaceX CEO Elon Musk shows he’s still every bit as excited as the rest of the world in a behind-the-scenes footage of the Falcon Heavy launch.

As the space-bound rocket lifted off the platform, a National Geographic camera crew followed Musk to capture footage for the second season of “Mars”.

“Holy flying f–k, that thing took off,” the CEO exclaimed as he watched the launch from the monitor. He later runs out of the control room to gaze up at the sky along with other team members.

More footage of this event will be revealed when the second season of “Mars” premieres on Nat Geo channel late this year. JB

What’s next for SpaceX?