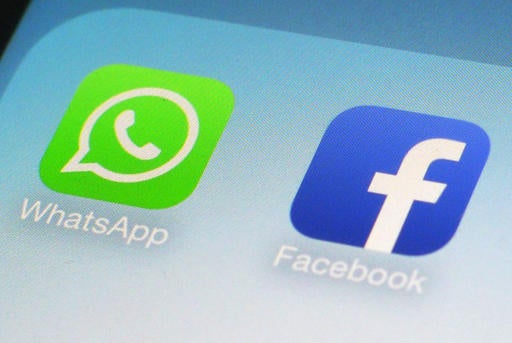 BlackBerry is claiming infringement on patents it holds for message encryption and notifications, and is seeking an injunction as well as damages for lost profits, although no figure was given.

Facebook and its wholly-owned services Instagram and WhatsApp are named as defendants in the lawsuit. The company said it intends to fight the lawsuit.

“We have a lot of respect for Facebook and the value they’ve placed on messaging capabilities, some of which were invented by BlackBerry,” BlackBerry spokeswoman Sarah McKinney said in a statement.

She said BlackBerry would like to partner with Facebook “in our drive toward a securely connected future, and we continue to hold this door open to them.”

“However, we have a strong claim that Facebook has infringed on our intellectual property, and after several years of dialogue, we also have an obligation to our shareholders to pursue appropriate legal remedies,” McKinney added.

Facebook shot back by disparaging BlackBerry, saying the lawsuit “sadly reflects the current state of its messaging business.”

“Having abandoned its efforts to innovate, Blackberry is now looking to tax the innovation of others. We intend to fight,” Facebook deputy general counsel Paul Grewal said.

BlackBerry, after abandoning the manufacture of its once-popular smartphones, which it also pioneered, has refocused its core business on cybersecurity software and services. /cbb

ADVERTISEMENT
TOPICS: Blackberry, Facebook, Instagram, messaging apps, Social Media, technology, WhatsApp
Read Next
More boys suffer online sex abuse than thought – study
EDITORS' PICK
Mandaluyong fire put under control hours after it started
Leveling up your ‘lutong bahay’ with the kitchen companion you never knew you needed
Bato de la Rosa, Risa Hontiveros back bill increasing female recruitment quota in PNP
Quarantine violations still punishable despite deleted provisions in ‘Bayanihan 2’ – Bato dela Rosa
Someone from the Philippines can become $356 Million richer this Tuesday
Cherry Mobile teams up with Cloud Panda PH, launches online store
MOST READ
‘If I had not been SolGen, I will make you eat your words,’ Calida tells Coco Martin
51 percent of German firms holding back investments in PH, but not because of COVID-19
5 car dealership outlets shutting down
Senate OKs bill authorizing president to postpone opening of classes beyond August
Don't miss out on the latest news and information.