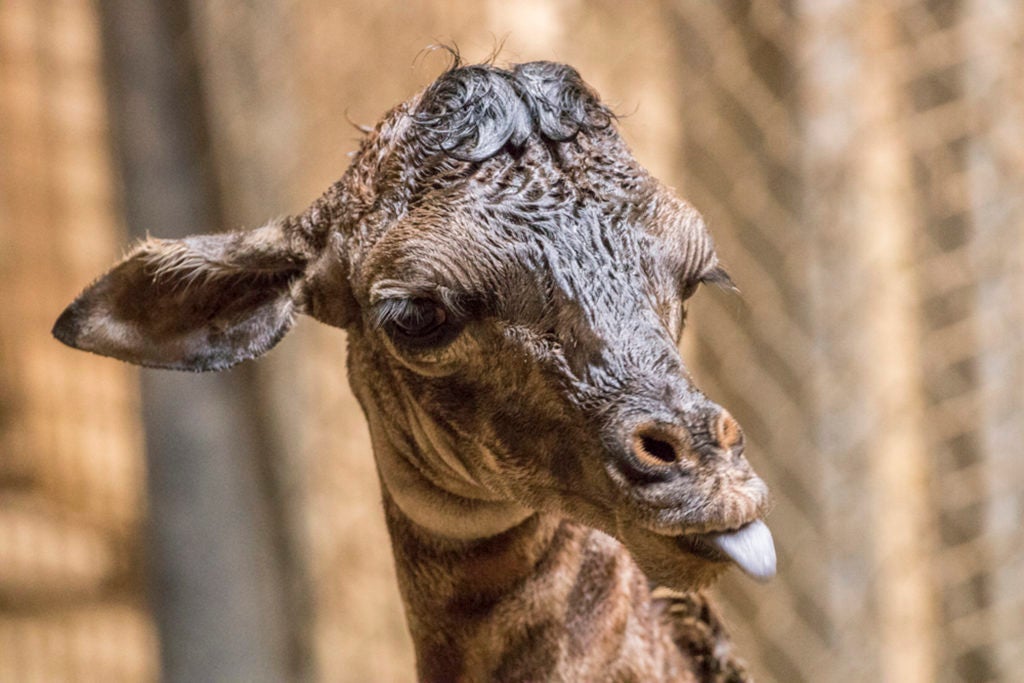 In this Thursday, March 15, 2018 photo provided by the Santa Barbara Zoo, a baby giraffe sticks her tongue out in her enclosure at the Santa Barbara Zoo in Santa Barbara, Calif. The zoo’s Masai giraffe, Audrey, gave birth earlier in the week and the newborn is 6-feet-1 (1.8 meters), weighing in at 180 pounds (81.6 kilograms). Curator of Mammals Michele Green says it was a fast and smooth birth, and the female calf stood up and was nursing in only two hours. Image: Santa Barbara Zoo via AP

Curator of Mammals Michele Green says it was a fast and smooth birth, and the female calf stood up and was nursing in only two hours.

A medical exam Thursday found the calf to be strong and healthy. The mother and baby remain out of view for now.

A naming contest will allow the public to choose from the options of Amirah, Makena, Nugget and Quintin.

The zoo says there are about 37,000 Masai giraffes in Kenya and Tanzania, but they are at risk due to poaching and degradation and loss of habitat. CC