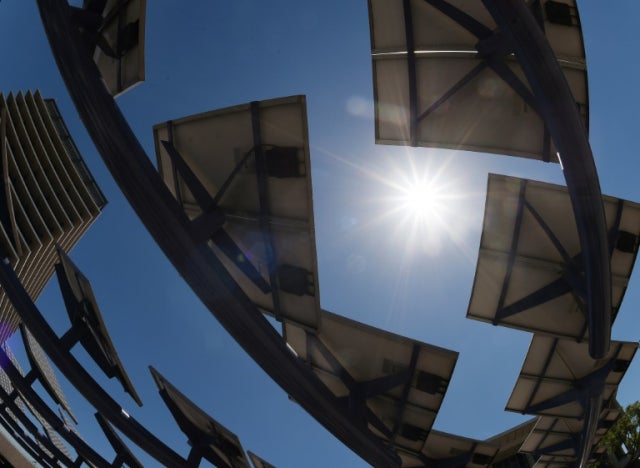 The US managed to cut carbon emissions last year, but the world as a whole didn’t. Image: Mark Ralston / AFP

Harmful carbon emissions from energy rose in 2017 for the first time in three years, the International Energy Agency said Thursday, proof that the world’s efforts to fight climate change are falling short.

Some 70 percent of those additional needs were met by fossil fuels oil, gas and coal, pushing global energy-related carbon dioxide emissions up by 1.4 percent, after three years of remaining flat.

The rest was covered mostly by renewables.

“The significant growth in global energy-related carbon dioxide emissions in 2017 tells us that current efforts to combat climate change are far from sufficient,” IEA Executive Director Fatih Birol said in a statement.

“For example, there has been a dramatic slowdown in the rate of improvement in global energy efficiency as policy makers have put less focus in this area,” he said.

But the overall increase in CO2 emissions masked major improvements in some individual countries, including the United States, a big polluter.

In fact, the US saw the biggest drop in emissions, helped by a higher deployment of renewables.