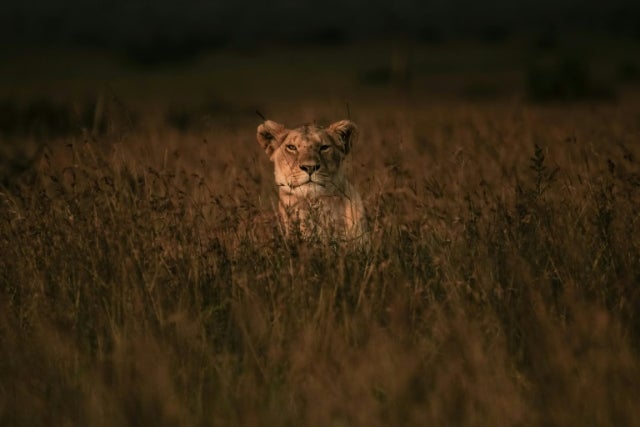 Two-thirds of the world’s megafauna are listed as threatened with extinction. Image: AFP/Yasuyoshi Chiba

Pop quiz: How many species of big, land-dwelling animals are there in the world?

The answer, based on this widely used definition of terrestrial megafauna, is 101.

That modest number is sure to shrink to double digits, and could continue to diminish at an alarming rate, biologists warn.

Three fifths of these iconic creatures are already listed as threatened with extinction by the International Union for the Conservation of Nature (IUCN), which tracks the survival status of Earth’s animals and plants on its Red List.

More than a dozen are in the wildlife equivalent of intensive care, tagged as “critically endangered” or “extinct in the wild.”

“Conservation scientists will soon be busy writing obituaries for species and subspecies of megafauna as they vanish from the planet,” said Bill Ripple, a professor at Oregon State University, and lead author of an appeal published in December — entitled “World Scientists’ Warning to Humanity: A Second Notice” — signed by more than 15,000 of his colleagues.

Just this week, the last male northern white rhino, a genetically distinct subspecies, died at age 45 in a Kenyan zoo. When the rhino, named Sudan, was born, there were at least 700 of its kind still roaming the wild.

The Saharan Addax antelope is “doomed to extinction.” The Eastern Gorilla, also hunted for meat, is “only one step away from going extinct,” as are the startlingly gentle and intelligent orangutans of Borneo and Sumatra.

Charismatic species still numerous enough to attract millions of tourists to Africa each year are also in sharp decline.

Over the course of the last century, lions, rhino and cheetah populations have collapsed by more than 90 percent; once common giraffes — newly classified as “vulnerable” to extinction — are down by 40 percent in just three decades; polar bears are forecast to lose a third of their numbers by mid-century.

“We are facing the very real possibility of seeing these titans of nature go extinct in the wild in our lifetime, on our watch,” said IUCN Director General Inger Andersen.

The broader context is not encouraging.

Scientists agree that Earth has entered a so-called “mass extinction event” in which species of all sizes and shapes are disappearing at 100 times the normal rate.

The last mass die-off — the fifth in half-a-billion years — was 65 million years ago, when an asteroid collision wiped out non-avian dinosaurs.

Many forces are pushing megafauna — especially vulnerable to such pressures — towards the edge, including habitat loss, poaching, conflict over livestock, and — in the case of polar bears — climate change.

But the common denominator behind all this is a single cause: humanity’s inexorable expansion.

“The primary threat to wildlife in Africa is that we are eating it to death,” said Paul Funston, senior lion program director for Panthera, a global wild cat conservation organization.

In some areas, this has led to what conservationists call the “silent savannah syndrome,” he added.

“There are many protected areas that look absolutely intact — the woodlands, the birds, the bees are all there,” Funston told AFP. “But the big mammals are gone, and that’s because they have been eaten.”

Africa’s population, he noted, is projected to quadruple from one to four billion by 2100.

Conservationists are, by necessity, optimists — if they didn’t see a silver lining, all their efforts would seem pointless.

In certain regions, they have in fact helped species claw back from the brink.

But they must also be realists, said Michael Knight, head of the IUCN’s African Rhino Specialist Group, and a scientist at the Center for African Conservation Ecology in Port Elizabeth, South Africa.

“Africa is no longer the pipedream people imagine of open landscapes with wild animals running all over,” he said in an interview. “We are going to have to face the reality that certain areas are not going to be complete ecosystems.”

Fifty years down the road, he added, “the challenges are going to be ten — maybe 50 — times harder.”

For Funston, the key is strategic investment in national parks — studies have shown a direct correlation between dollars-per-square-kilometre invested, and the survival rate of protected species.

“We are almost ready for triage,” he said. “For lions, it’s done — we have identified 14 key landscapes where conservation money and attention should be spent.”

“This applies to all megafauna,” he added. “We urgently need to get away from our single-species approach to megafauna.” CC

Global biodiversity ‘crisis’ to be assessed at major summit