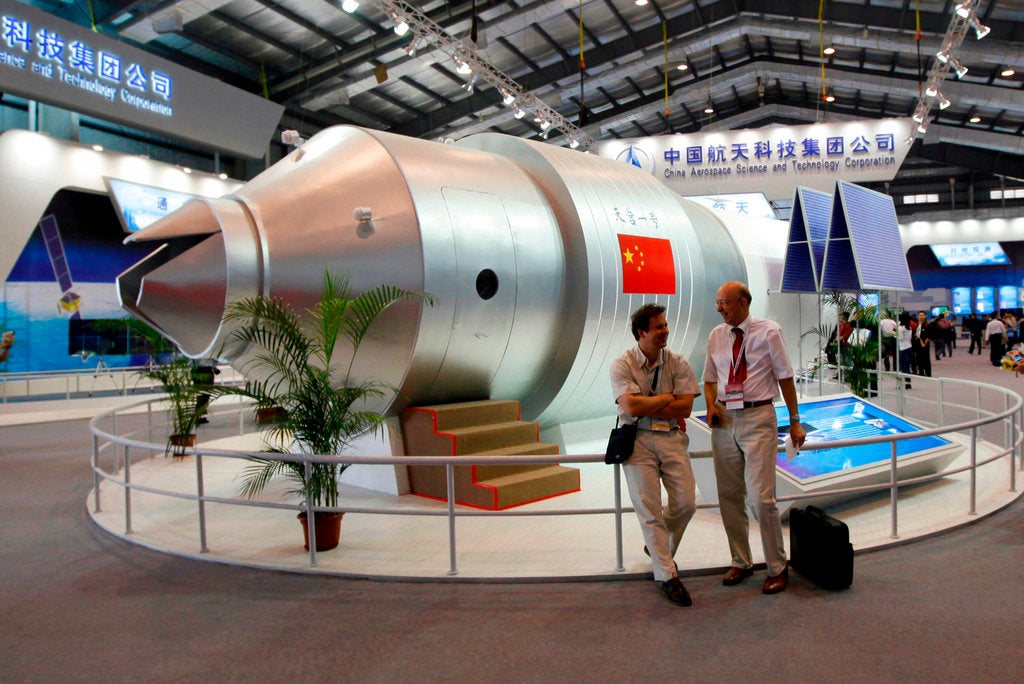 In this Nov. 16, 2010 file photo, visitors sit beside a model of China’s Tiangong-1 space station at the 8th China International Aviation and Aerospace Exhibition in Zhuhai in southern China’s Guangdong Province. Tiangong-1 hurtled back to Earth Monday, April 2, 2018, and mostly burnt up at it entered the atmosphere, Chinese space authorities said. AP

Scientists monitoring the craft’s disintegrating orbit had forecast the craft would mostly burn up and would pose only the slightest of risks to people. Analysis from the Beijing Aerospace Control Center showed it had mostly burned up.

Launched in 2011, Tiangong-1 was China’s first space station, serving as an experimental platform for bigger projects, such as the Tiangong-2 launched in September 2016 and a future permanent Chinese space station.

Two crews of Chinese astronauts lived on the station while testing docking procedures and other operations. Its last crew departed in 2013 and contact with it was cut in 2016.

Since then, it has orbited gradually closer and closer to Earth on its own while being monitored.

Earlier forecasts had said only about 10 percent of the bus-sized, 8.5-ton spacecraft would likely survive re-entry, mainly its heavier components such as its engines. /cbb