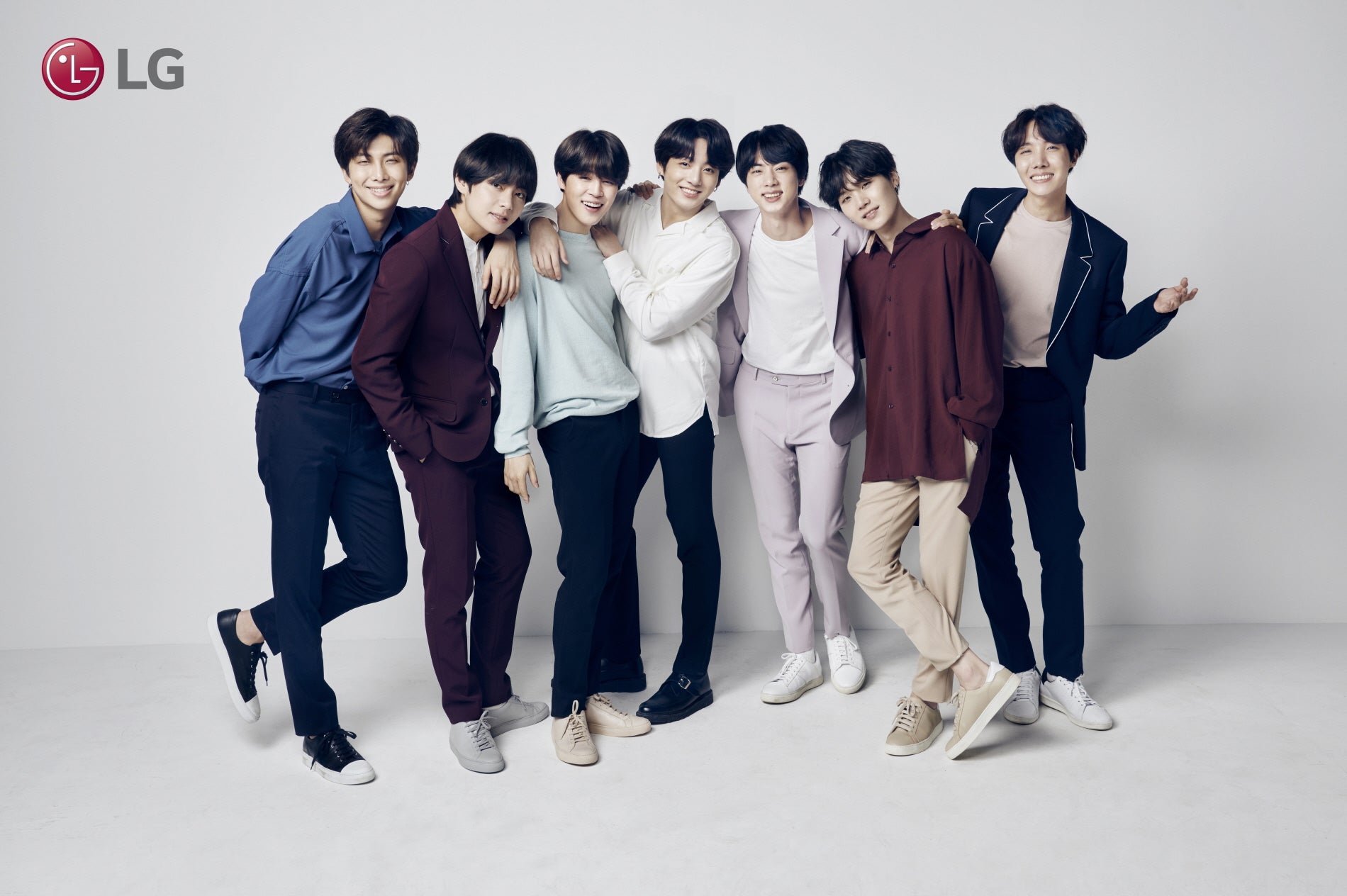 LG Electronics is the latest company to bet on the pull of K-Pop cool. The company is on the brink of producing its most ambitious and wide-reaching campaign to date, one headlined by BTS, today’s hottest K-Pop boy band.

Named one of Time Magazine’s 25 Most Influential People on the Internet for 2017, and the first Korean pop group to win “Top Social Artist” honors at the Billboard Music Awards and to perform at the American Music Awards, the wildly popular boy band will appear in a series of TV advertisements and social media campaigns for LG’s mobile products, beginning with the company’s soon-to-be-released flagship smartphone.

LG is banking on BTS (also known as Bangtan Sonyeondan and Beyond the Scene) to help establish a new image for its smartphones in the global market—the musical group has a massive fanbase, dubbed the ARMY, not only in South Korea, but across Asia, the United States, Europe and South America as well. The video for the group’s most recent single, “Mic Drop,” has surpassed 200 million views, becoming the seventh music video by the boy band to achieve this milestone.

In the Philippines, the Korean boy band, composed of rappers Rap Monster, Suga and J-Hope, and vocalists Jin, Jimin, V and Jungkook, enjoys a huge following among millennials and youthful music lovers. A highly successful sold-out concert last year witnessed enthusiastic fans lining up at ticket outlets the evening before selling and causing the ticketing website to crash many times.

“BTS achieved international superstardom through raw talent, innovation and authenticity even though many gave them little chance of real success,” says Kim Su-young, vice president and head of marketing for LG Electronics Mobile Communications Company. “These qualities make BTS a great match with our smartphone brand, and we hope to be able to convey to the global audience that LG mobile devices are also about delivering bold innovation with a unique attitude.”

LG and BTS will collaborate on a diverse marketing campaign that reflects the uniquely colorful personalities of each of the group’s members. The campaign will highlight the band’s talent and attitude, and its relationship with its fans, the very qualities that LG hopes to bring to its upcoming products starting this quarter.