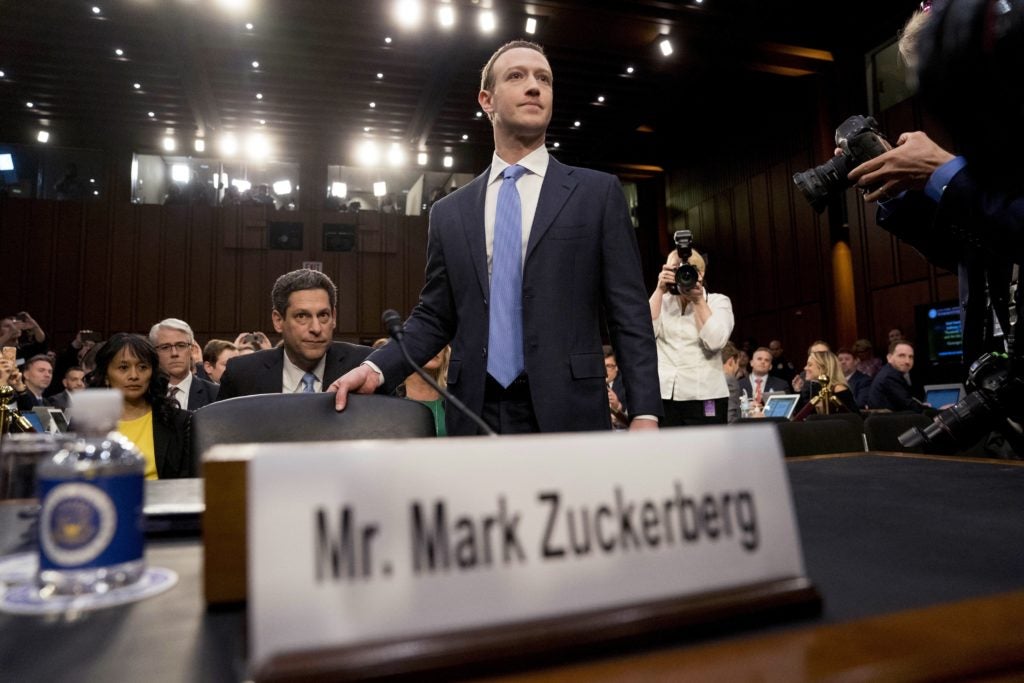 Facebook CEO Mark Zuckerberg arrives to testify before a joint hearing of the Commerce and Judiciary Committees on Capitol Hill in Washington, Tuesday, April 10, 2018, about the use of Facebook data to target American voters in the 2016 election. (AP Photo/Andrew Harnik)

Even Mark Zuckerberg has limits on what he’s willing to share.

In a rare light-hearted exchange during his public grilling before US senators on Tuesday, the Facebook CEO told Sen. Dick Durbin that no, he would rather not share personal details of his life with the US Congress.

“Mr. Zuckerberg, would you be comfortable sharing with us the name of the hotel you stayed in last night?” Durbin asked.

“Um … no,” Zuckerberg said after pausing, then smiled as the room laughed.

Durbin’s everyman tactic put a finger on the crux of the issue surrounding Facebook’s failure to maintain control of the private information of tens of millions of users, amid a scandal over the gathering of personal data used to target political advertising and messaging during the 2016 US presidential race. —Reports from AP and AFP