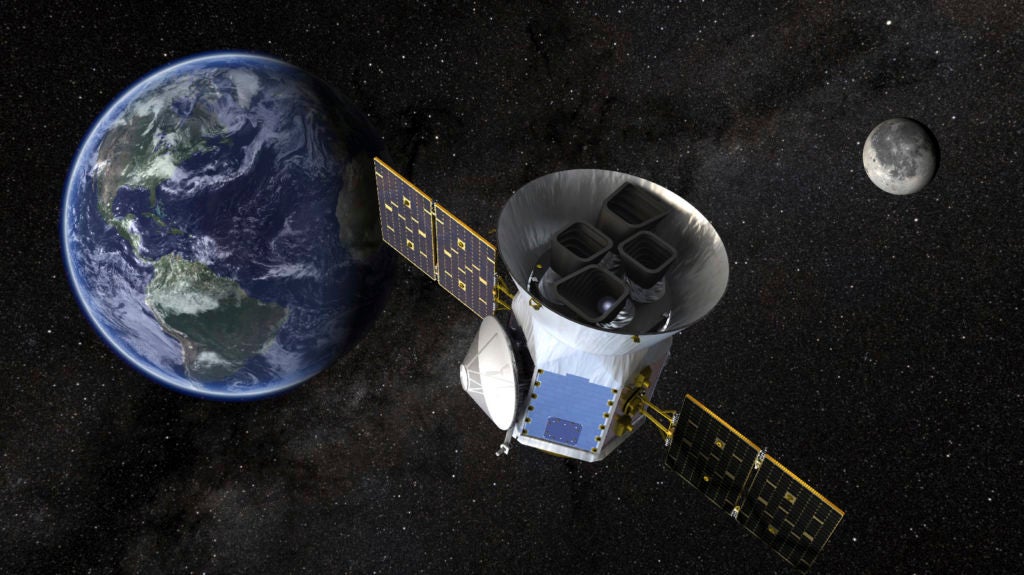 This image made available by NASA shows an illustration of the Transiting Exoplanet Survey Satellite (TESS). Scheduled for an April 2018 launch, the spacecraft will prowl for planets around the closest, brightest stars. These newfound worlds eventually will become prime targets for future telescopes looking to tease out any signs of life. Image: NASA via AP

CAPE CANAVERAL, Fla. (AP) — Calling all planets that orbit around bright, nearby stars: NASA’s new Tess spacecraft is looking to do a head count.

The Transiting Exoplanet Survey Satellite — Tess for short — is embarking Monday on a two-year quest to find and identify mystery worlds thought to be lurking in our cosmic backyard. The spacecraft aims to add thousands of exoplanets, or planets beyond our solar system, to the galactic map for future study.

Life might be out there, whether microbial or more advanced, and scientists say Tess and later missions will help answer the age-old question of whether we’re alone.

“It is very exciting. … By human nature, we look for exploration and adventure, and this is an opportunity to see what’s next,” NASA’s Sandra Connelly, a science program director, said Sunday on the eve of launch.

Tess is flying on a SpaceX Falcon 9 rocket, scheduled to blast off at 6:32 p.m. Monday from Cape Canaveral Air Force Station. CC