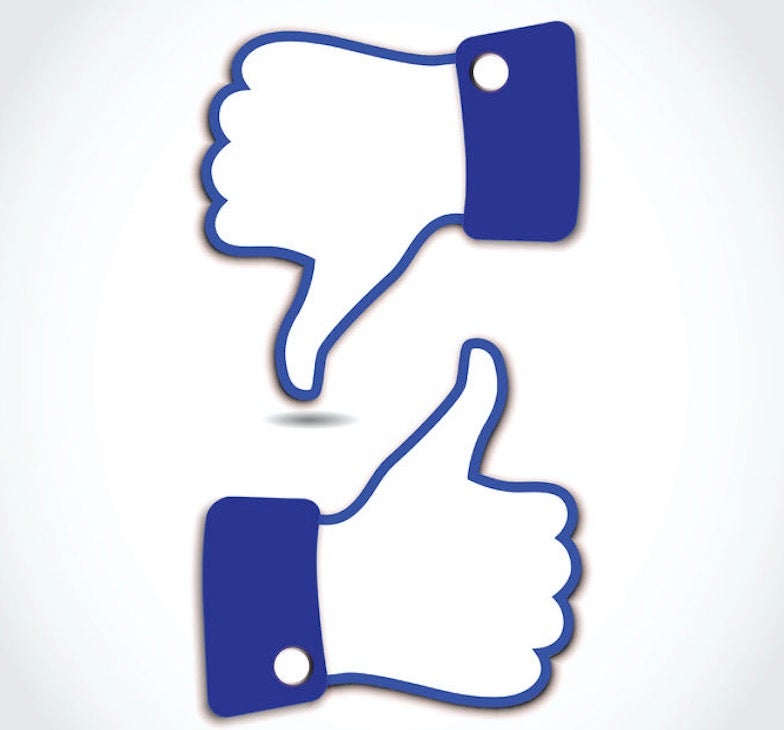 A downvote feature on Facebook has been made available to a select number of users.

Netizens have been tweeting about the new feature with a function similar to the Up/Downvote function of social media platform Reddit. So far, most of the tweets regarding the new feature came from around Australia and New Zealand, reports The Next Web.

The downvote functions as a way for users to flag “bad comments” and help Facebook clean up comment threads. These bad comments are defined as comments with “bad intentions or is disrespectful.” Downvoting is not equivalent to a “Dislike” button.

Testing for this feature was first confirmed in February. Facebook regards the downvote button as a signal for moderators, useful for flagging inappropriate comments. The vote will not affect the ranking of the comment, post, or page in the way Likes or Reactions do, according to a report by TechCrunch.

The test version had the word “Downvote” spelled out and it appeared at the left of the Reply button. The version that users are currently seeing looks more similar to the Reddit Up/Downvote buttons, except they are arranged side by side. 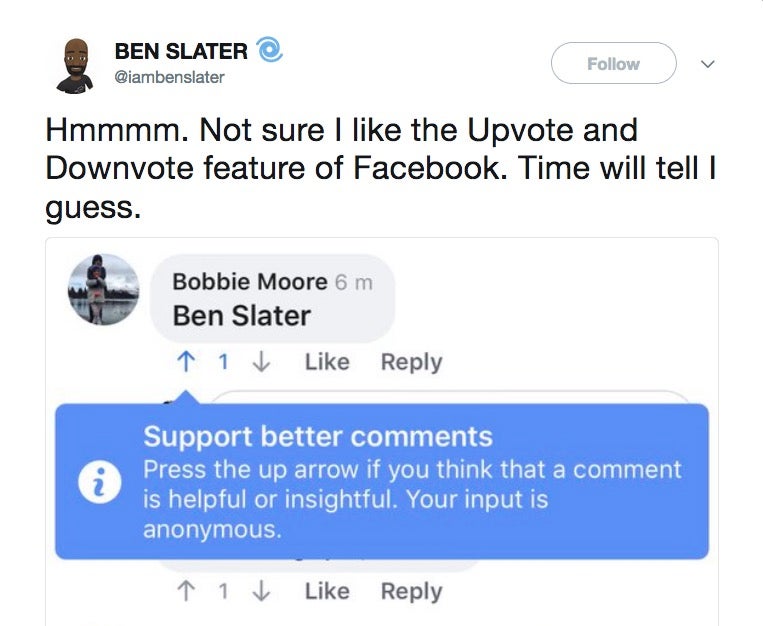 The Reddit version has the up and down arrows stacked on the left side of the comment. Hovering a mouse pointer over the down arrow reveals a tip bubble which reads “Downvote: Irrelevant Information.”

Facebook is yet to say when the feature will be fully implemented, but users may expect the roll out to be gradual rather than a universal update that happens in a day. Alfred Bayle/JB

For the first time, Facebook spells out what it forbids