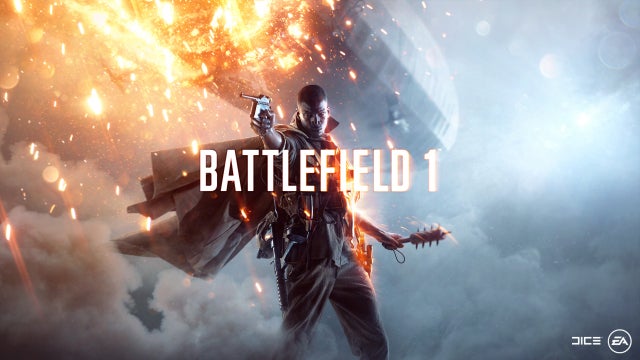 ‘Battlefield 1’ was set during World War I and 2018’s franchise entry is expected to have a WWII theme. Image: DICE / Electronic Arts

A fifth core entry to the “Battlefield” franchise, with its single-player campaign intact, is set to launch between October and December 2018, and could be in very close proximity to both “Call of Duty: Black Ops 4” and “Red Dead Redemption 2.”

The as-yet-unannounced “Battlefield V” appears to be heading for a confrontation with not only its traditional franchise rival in “Call of Duty: Black Ops 4” but also wild west epic “Red Dead Redemption 2” from the “Grand Theft Auto” studio network Rockstar.

Amid rumors that “Call of Duty” will drop its usual single-player campaign in favor of a Battle Royale mode inspired by 2017 newcomers “Fortnite” and “PlayerUnknown’s Battlegrounds,” EA CEO Andrew Wilson promised “compelling single-player stories” in the next “Battlefield.”

The series is known for its destructible environments and a combination of land, sea and air combat brought together over a variety of multiplayer modes.

During a scheduled call with financial investors, Wilson differentiated “Battlefield” from a cohort of competitors but did not go as far as confirming the post-release addition of a Battle Royale mode, as per separate April rumors.

With “Red Dead Redemption 2” three trailers in and “Call of Duty: Black Ops 4” set for a reveal event on May 17, EA and development studio DICE have hardly spoken about 2018’s “Battlefield” — thought to be “Battlefield V” — in any detailed capacity.

Generally delivering a new entry every two years, and since 2015 alternating with EA’s “Star Wars Battlefront” film tie-in, the franchise has tended to stick to a late October release, with Activision’s juggernaut “Call of Duty” then arriving early November.

Matters are complicated in 2018 as Rockstar Games has already targeted the last week of October for “Red Dead Redemption 2” and, perhaps, in consequence, Activision has moved “Call of Duty: Black Ops 4” forward to October 12.

That leaves October 19 available for “Battlefield V,” though EA might not want to risk having its high-potential shooter squeezed by competing releases, just as in 2016 its own “Titanfall 2” suffered at the hands of a defiant “Battlefield 1” and “Call of Duty: Infinite Warfare.”

Nor might it view October 6 as ideal, given its potential proximity to bestselling annual soccer franchise “FIFA,” which tends to dominate mid to late September commerce.

The 2018 Electronic Entertainment Expo may provide a more generous hunting ground for “Battlefield” news, with EA hosting its annual media briefing on June 9 from 11 a.m. PDT, during a public-facing EA Play weekender. NVG