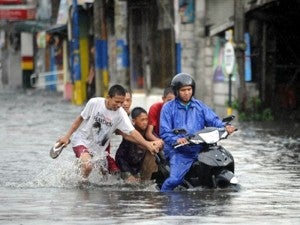 This most recent La Nina will go down in the record books as one of the strongest in living memory. AFP

SYDNEY – Australian meteorologists on Wednesday declared La Nina, the disruptive weather pattern behind floods and cyclones that brought death and destruction this year, to have ended.

The weather phenomenon, which began in earnest in December, was blamed for torrential rain and ferocious storms in Queensland state that wiped out crops, flooded mining operations and claimed at least 30 lives.

It also brought severe weather to Southeast Asia and South America over late 2010 and early 2011.

Dr Andrew Watkins, head of the Australian Bureau of Meteorology’s Climate Prediction Services, said rapid changes in Pacific climate patterns over the past few weeks have finally brought the event to a close.

“This most recent La Nina will go down in the record books as one of the strongest in living memory,” he said.

“It’s been nearly 40 years (1975-76) since Australians have witnessed a La Nina event of this intensity.”

It leads to increased rainfall across the western equatorial Pacific, northern South America and southern Africa over December to February.

At the same time, drier than normal conditions have been observed along coastal Ecuador, north-western Peru and equatorial eastern Africa.

“The outlook for (Southern Hemisphere) winter is for conditions to stay neutral,” Watkins said.

“Over the coming months changes in the Pacific Ocean will give a clearer picture of the likely conditions for the coming spring and summer, but at this stage it’s a waiting game.”

El Nino is the opposite condition of La Nina. It is characterised by unusually warm ocean temperatures in the central and eastern equatorial Pacific.