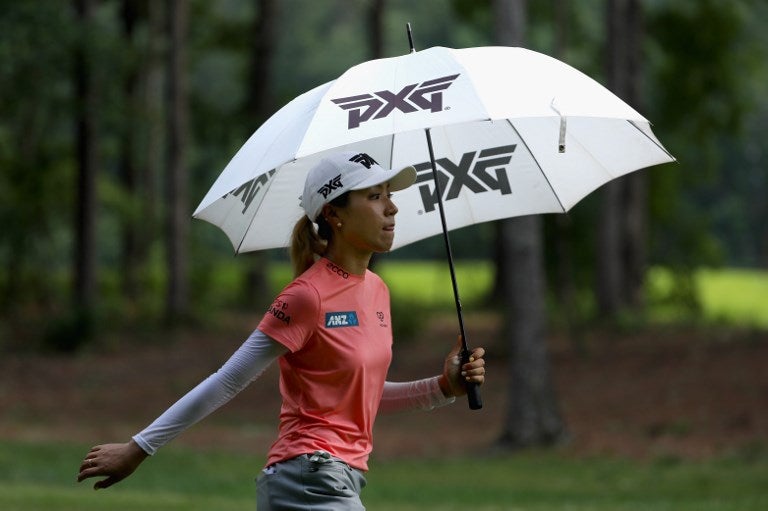 Lydia Ko of New Zealand walks with an umbrella on the eighth hole during the first round of the 2018 U.S. Women’s Open at Shoal Creek on May 31, 2018, in Shoal Creek, Alabama. Golfers are among the people eyed by a Japanese company developing hands-free, flying umbrellas or drone-brellas. AFP

TOKYO, Japan — It’s the hands-free experience you never knew you needed — a Japanese company has developed a drone-powered parasol it says can hover over users, protecting them from the sun.

The drone-powered sunshade — being developed by Asahi Power Service — should be released next year, and will initially target those in need of a hands-free head covering wider than your average hat, like golfers.

The potential headaches posed by crashes, and regulations governing autonomous aircraft, mean the company expects the product will initially be used in closed private spaces, like golf courses.

“I decided to develop it as I don’t like to hold an umbrella,” company president Kenji Suzuki told AFP.

At 150 centimeters (60 inches) wide, the parasol prototype weighs five kilos (11 pounds), and so far can only fly for five minutes on one charge.

“The first prototype we made was just a drone attached to a regular umbrella,” he said.

“We are now testing the third-generation prototype and trying to overcome (the technological challenges of) hovering in a stable manner above the head of the user and then chasing the user.”

The drones are fitted with cameras that help the parasols track their owners and stay over the correct head.

The company expects the device to have a price tag of about 30,000 yen ($275), a hefty investment for a parasol that isn’t yet able to protect its users from the rain.

For now, the devices are not waterproof.

“Eventually, we aim to develop it into an umbrella,” Suzuki said. /cbb