Beijing subways to get bio-ID system 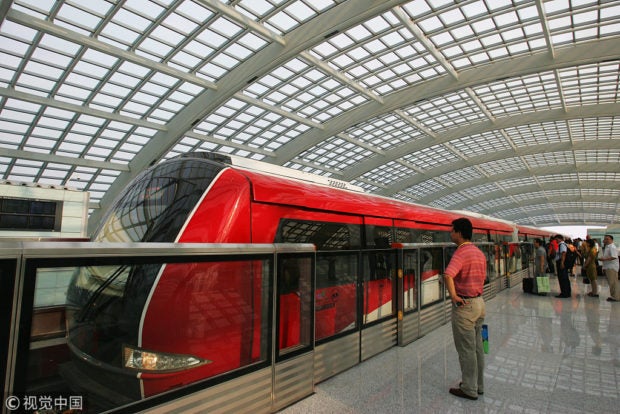 A man is waiting for the train at a Beijing subway station on July 19, 2008. Photo/VCG via China Daily/Asia News Network

Two bio-recognition technologies – facial recognition and palm touch – are being considered, said Zhang Huabing, head of enterprise development for Beijing Subway, the operator of most lines in the city, during the International Metro Transit Exhibition in Beijing on Thursday.

Facial recognition technology can track passenger movements with cameras connected to online networks that recognize people when they enter a station, potentially allowing them to bypass traditional ticketing.

“The technique aims to reduce transit time when passengers enter the station,” said Wang Jianwei, director of the railway business department at tech giant Huawei, which has installed facial recognition technology in its factory.

Wang said the technology is mature and can be widely applied in the subway system, but how passengers will pay for tickets remains a problem.

Shanghai promoted the palm vein technology for the special groups on its Pujiang Line in March.

In 2016, the 15 lines operated by Beijing Subway transported people on more than 3 billion trips, up by 6.8 percent year-on-year, according to information on the company’s website.

Liu Xiaoming, vice-minister of transport, said in a news conference that 96 subway stations in Beijing－one-fourth of the total－had implemented measures limiting passengers during peak hours.

“Some stations had to adopt the measures to reduce the heavy passenger flow because the station area is too small and transfers are difficult,” he said. “Especially during morning and evening peak hours, long lines form at the station entrances.”

“Predicting passenger flow needs to be strengthened,” he added.

Brooklyn Nets star Kevin Durant: ‘My season is over’