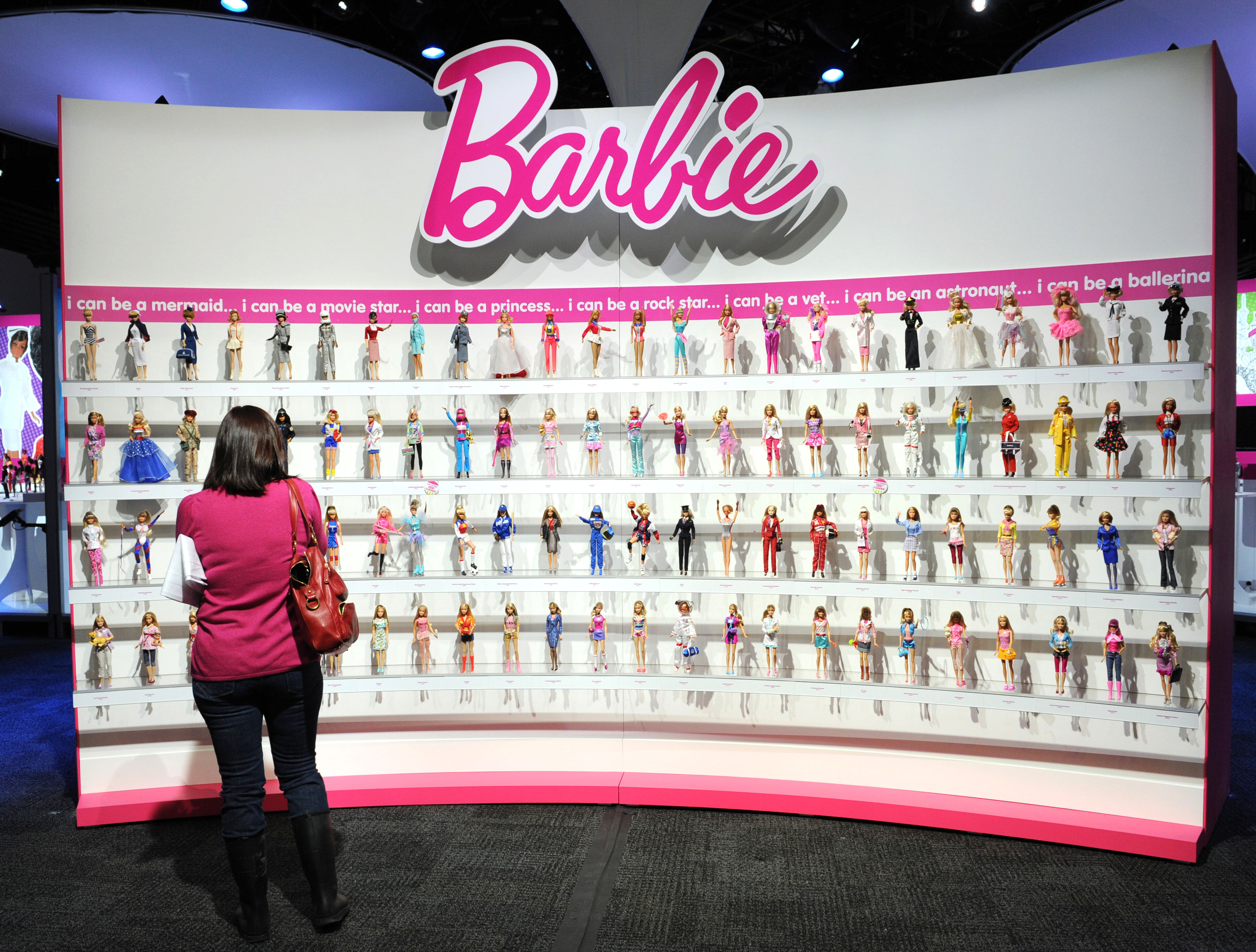 (FILES) In this file photo taken on February 14, 2010 a woman photographs a wall of Barbie dolls in the Mattel display at the annual Toy Fair in New York. ‘Robotics Engineer Barbie’, an inspirational new version of Barbie, will encourage young girls to embark on careers in engineering and the sciences, the iconic doll’s manufacturer Mattel said on June 26, 2018. / AFP PHOTO / STAN HONDA

An inspirational new version of Barbie will encourage young girls to embark on careers in engineering and the sciences, the iconic doll’s manufacturer Mattel said on Tuesday.

Barbie, who first hit the shelves in 1959, prides herself on trying out jobs where women aren’t strongly represented, to add to her more traditional skill set of dancing with Ken and looking fabulous.

The company has announced a “Career of the year” Barbie who just happens to be a robotics engineer — a job that in real-life is occupied almost nine times out of ten by men.

Kids aren’t just supposed to play make-believe with the newest Barbie, however, as Mattel has partnered with games platform Tynker to provide owners with online coding experiences.

“For almost 60 years, Barbie has exposed girls to roles where women are underrepresented to show them that they can be anything,” Lisa McKnight, Mattel’s senior vice president for Barbie, said in statement.

“By playing with Robotics Engineer Barbie on and offline, we are giving girls a new platform for play in their imaginary world and teaching them important skills for their real world.”

The new doll joins a lineup of more than 200 careers held by Barbie, “all of which reinforce the brand’s purpose to inspire the limitless potential in every girl,” Mattel said in a statement.

Only 24 percent of science, technology, engineering and math (STEM) jobs in the United States are held by women.   /muf