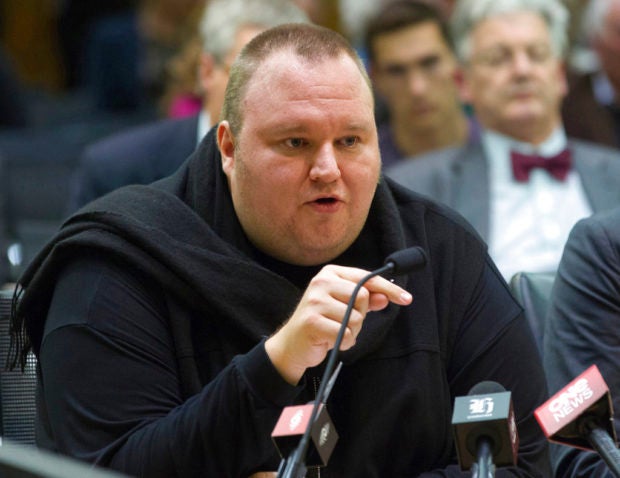 WELLINGTON, New Zealand — Flamboyant internet entrepreneur Kim Dotcom and three of his former colleagues have lost their latest bid to avoid extradition to the US to face criminal charges.

New Zealand’s Court of Appeal on Thursday upheld earlier court rulings that found the men were eligible to be handed over to US authorities.
Dotcom’s lawyer Ira Rothken said they were disappointed with the judgment and planned to file an appeal with New Zealand’s Supreme Court.

“As people will know, I am prepared to fight to get justice, whether it is for me or others,” Dotcom said in a statement.

The latest decision comes more than six years after US authorities shut down Dotcom’s file-sharing website Megaupload and filed charges of conspiracy, racketeering and money laundering against the men. If found guilty, they could face decades in prison.

Megaupload was once one of the internet’s most popular sites. US prosecutors say it raked in at least $175 million, mainly from people using it to illegally download songs, television shows and movies.

Dotcom argues that he can’t be held responsible for others who chose to use his site for illegal purposes, and that any case against him should have been heard in civil court. He says he never lived in the US or even visited the country and didn’t have a company there.

Since then, Dotcom has released a music album, started another internet file-sharing company called Mega and launched a political party, which unsuccessfully contested the nation’s 2014 election.

In addition to Dotcom, who founded Megaupload and was its biggest shareholder, the US is also seeking to extradite former Megaupload officers Mathias Ortmann, Bram van der Kolk and Finn Batato. The indictment was filed in the US District Court in eastern Virginia.

Should the latest decision stand, Justice Minister Andrew Little will have the final say on whether Dotcom is extradited. He told reporters he would wait until Dotcom has exhausted his legal appeals.

“Extradition is a major thing, it’s an incredible erosion of someone’s liberties,” Little said. “So it is right that we take the time and effort for the legal decision to be correct before I, as Minister of Justice, get to make a decision.” /ee