Astronomers spy nearby star that could be munching on a planet 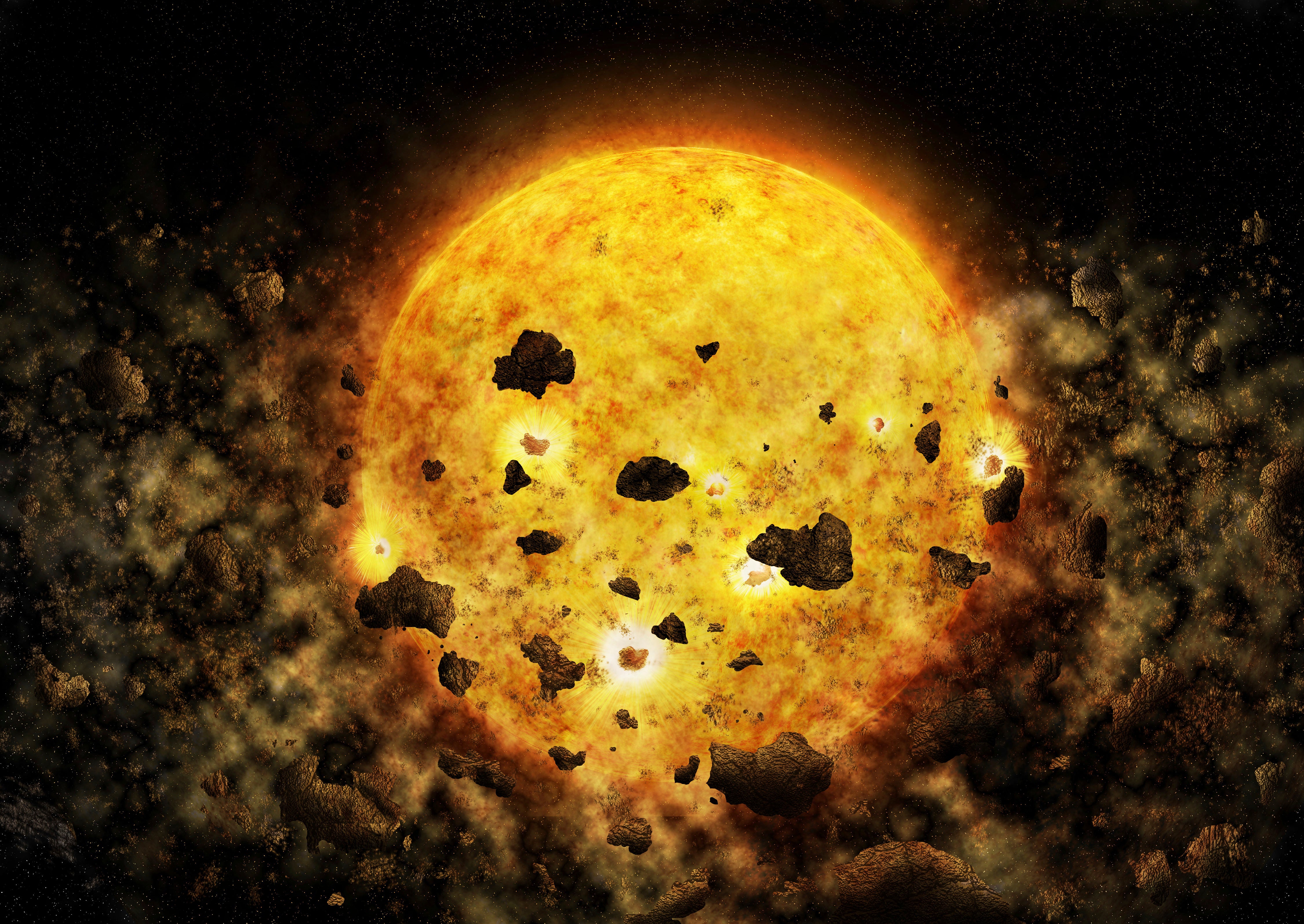 This illustration provided by NASA depicts debris surrounding the star RW Aur A, about 450 light-years away from the Earth. In the Wednesday, July 18, 2018 edition of the Astronomical Journal, astronomers said they may have caught the star munching on a planet or mini-planets. (M. Weiss/CXC/NASA via AP)

WASHINGTON  — Astronomers may have caught a relatively nearby star munching on a planet or mini-planets.

A NASA space telescope noticed that the star suddenly started looking a bit strange last year. The Chandra X-Ray Observatory spotted a 30-fold increase in iron on the edge of the star, which is only 10 million years old, along with pronounced dimming.

Astronomers have been watching the baby star — in the constellation Taurus — for decades and iron levels weren’t high in 2015 the last time the Chandra telescope looked at it. The star, called RW Aur A, is 450 light-years away. A light-year is 5.9 trillion miles.

Hans Moritz Guenther, a scientist at the Massachusetts Institute of Technology, said he’s never seen anything quite like this before, calling it “a lot stranger than we thought we’d be seeing.”

“We’ve never seen any star that’s changed its iron abundance like that,” he said.

Guenther said one potential simple explanation is that the star is eating a planet or mini-planets. He looked at other possible explanations, and of the two that make sense, he prefers the planet-munching one. Computer simulations show it can happen, but it has never been seen before, he said.

Outside experts are wary.

“This could be an exciting discovery, but the evidence is circumstantial and not definitive,” said Harvard’s Avi Loeb.

Guenther’s preferred explanation is speculative, said Alan Boss of the Carnegie Institution of Science, an expert on planets outside our solar system.  /muf