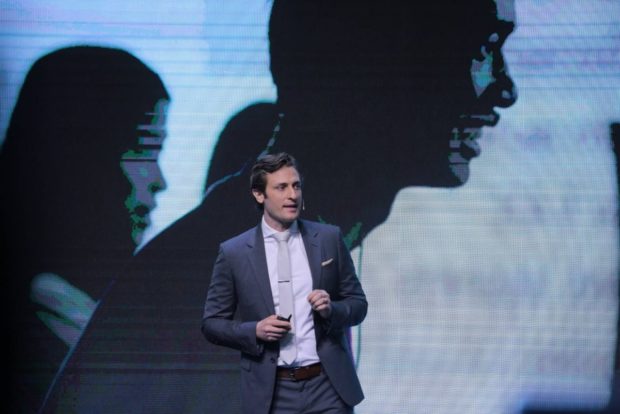 Google Thailand yesterday launched a series of initiatives, including free high-speed public Wi-Fi, to enable more Thai consumers and businesses to participate in the growth of the digital economy.

The initiatives were announced at the first Google for Thailand event, held in Bangkok under the theme “Leave no Thai behind”, aimed at promoting equality of digital access. Ben King, country director of Google Thailand, said at the event that the Google’s initiatives would span across the four pillars: access, education, content and products and small and medium-sized enterprises (SMEs). “They were designed to ensure that all Thais would have opportunities and know-how to access technology and use it to build livelihoods,” he said.

King said Thailand is rapidly growing digital economy. He showed a projection of digital economic opportunity in Thailand worth US$37 billion, while the opportunity in Southeast Asia is US$200 billion. Moreover, Thailand is No 5 for average peak connection speed, or 106 MB per second. Ranking first is Singapore, followed by Hong Kong, South Korea, and Qatar, according to Akamai Technologies, a content delivery network and cloud service provider.

Thailand is second for highest mobile Internet adoption in Asean, having 90 percent of 3G/4G coverage across the country. The event was also attended by Prime Minister Gen Prayut Chan-o-cha, who delivered a speech on the vital role that digital technology will play in achieving the government’s 20-year national strategic plan. However, he urged netizens to learn how to use the benefits of digital technology but not be used by it. One of the highlights launched yesterday was Google Station, a high-speed public Wi-Fi program undertaken in Thailand, in partnership with CAT Telecom, sponsored by Unilever.

Google Station will start in 10 venues across Bangkok and in two provinces, Pichit and Loei, and will be expanded to other parts of the country in the coming months, allowing more Thais to access a free and reliable Internet connection, said Anjali Joshi, vice president of product management.

Currently, locations available for the free Wi-Fi services in Bangkok include Hualamphong train station and Megabangna shopping mall. To register, people should go to @FreeGoogleStation-CAT Wi-Fi system and enter their mobile number and name.

Thailand is the fourth country to have Google Station, after India, Indonesia and Mexico. King also announced the construction of the Academy Bangkok – A Google Space, a digital skills training facility at True Digital Park in Bangkok.

It will open later this year and will be a new training venue for participants of the Google Ignite programme, a two-month digital marketing training course that prepares university students for careers in Thai companies.

To support Thailand’s ever-growing YouTube community, Mukpim Anantachai, head of YouTube partnership, YouTube Thailand, said the company would relaunch the YouTube Pop-Up Space in Bangkok in November to give Thai creators access to state-of-the-art production facilities. During the announcement, Mukpim also unveiled a new data plan in partnership with AIS. It will offer unlimited data packs at Bt59 per month for YouTube Go, an app that allows viewers in Thailand to watch and share YouTube videos even with slow or no Internet connection.

Lastly, Google Thailand announced collaboration with Siam Commercial Bank to allow SMEs to sign up and be verified for Google My Business, a free business listing on Google Search and Google Maps, through SCB personnel who will visit SMEs at their stores.