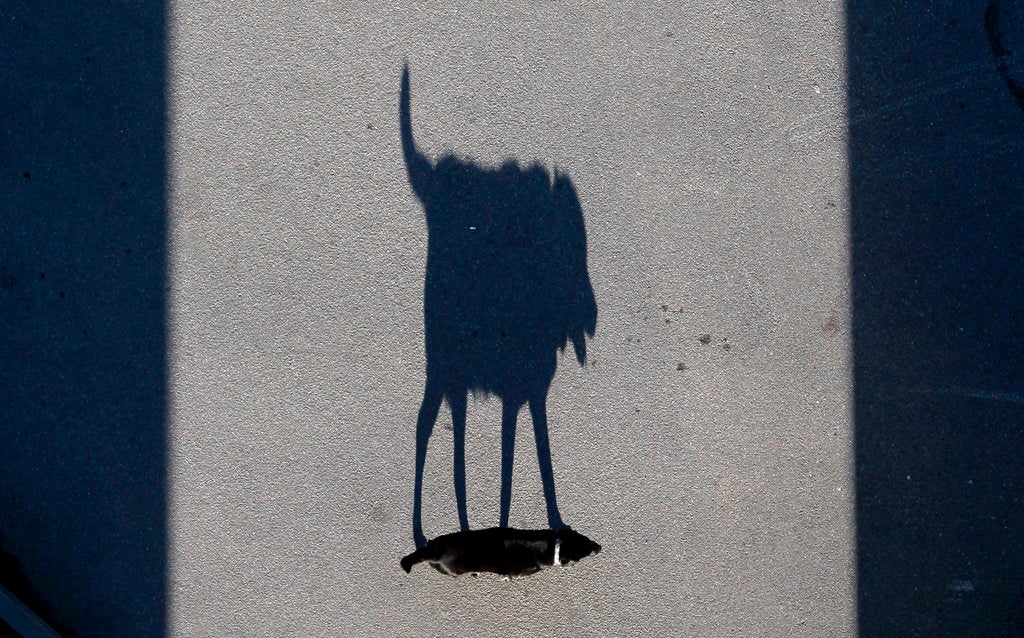 FILE – In this Sept. 28, 2011 file photo, a dog casts a shadow in St. Petersburg, Russia. Bad dogs tend to die young, according to a British study, published on Tuesday, July 24, 2018, that says aggression, excessive barking and disobedience are among behaviors that can doom canine pets to an early demise. (AP Photo/Dmitry Lovetsky)

Bad dogs tend to die young, according to a British study that says aggression, excessive barking and disobedience are among behaviors that can doom canine pets to an early demise.

One in three deaths in U.K. dogs younger than 3 years old was from “undesirable” behaviors, a disproportionately high number, the study found. Euthanasia was the most common cause of those deaths — 75 percent overall. Traffic accidents involving disobedient dogs were another common cause.

The study involved data on 264,000 U.K. dogs, and the results underscore the importance of training dogs and educating owners, the researchers said. They said the large number of misbehaving dogs that are euthanized also highlights a need for improved behavioral education for veterinarians so they can better assist pet owners.

The study was published Tuesday in the British publication Animal Welfare.

Making sure owners are aware of traits in breeds they select is important, as is socialization for young dogs, “to ensure that the lives of dogs and their owners are fulfilling for all parties involved,” said study supervisor Dan O’Neill, a senior lecturer at the Royal Veterinary College.

Socialization is most effective when puppies are 4 to 12 weeks old, according to Partnership for Animal Welfare, a U.S. nonprofit animal rescue and adoption group. It involves introducing them to new experiences, including people, places, objects and other animals to help teach them how to respond “appropriately and without fear,” the group’s website says.

The researchers analyzed 2009 to 2014 records from 127 U.K. veterinary clinics to determine what portion of early deaths were linked with undesirable behavior. The study didn’t report other causes but previous research by the same group found that less common causes included gastrointestinal and neurological diseases.

Compared with Labrador retrievers, a common breed in the U.K. and the United States that is often well-tempered, certain breeds faced higher risks of behavior-related deaths including cocker spaniels and Staffordshire bull terriers, similar to American pit bulls.

“Greater awareness of the scale of this issue can be the first step toward reducing the problems and making the lives of thousands of our young dogs happier,” O’Neill said.  /muf