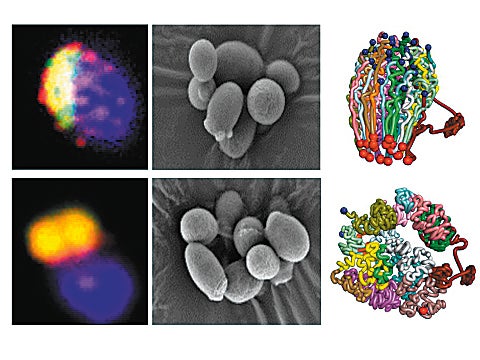 It marks the first time that organisms that naturally have multiple chromosomes have been artificially transformed into a single-chromosome form, scientists said. The modified organisms have shown no change in their life functions from their natural counterparts, they said.

The research team from Shanghai said the breakthrough may provide possible insights into further research on telomeres — the “caps” on either end of a chromosome, which are closely related to aging and disease — and the effectiveness of new medications targeting such “caps”.

The genomes of most organisms, including plants and animals, are divided into chromosomes, and the number of chromosomes varies across species. For example, humans have 23 pairs of chromosomes while mice have 20 and fruit flies have four.

Yeast naturally contains 16 chromosomes. However, using advanced techniques, scientists created the single-chromosome strain at the Shanghai-based Chinese Academy of Sciences Center for Excellence in Molecular Plant Sciences and the CAS Institute of Plant Physiology and Ecology.

A paper about their research was published online by Nature on Thursday, and scientists believed it was a milestone breakthrough in the field of synthetic biology.

“These engineered yeast strains constitute powerful resources for studying fundamental concepts in chromosome biology, including replication, recombination and segregation, all of which have been important topics in biology for a long time,” said Paul Evans, China director of Nature Research Group.

Although the fusion considerably altered the chromosomal structure, the modified yeast cells proved “unexpectedly robust”, with no major growth defects when cultivated under varied conditions, he said.

“When scientists find rules in it, they will try to find a way to see if the rule can be applied to humans,” he said.

Telomeres are closely related to aging and illness, including tumor formation. Qin Zhongjun, lead researcher of the team, said their research might become a foundation for further study of the “caps” and the efficacy of new medications.

“If we can develop future lab animals with the single-chromosome structure, it will be easier and more efficient to estimate the efficacy of the medicine (on an organism) by observing the changes in both caps of just one chromosome rather than potentially dozens of caps,” he said.