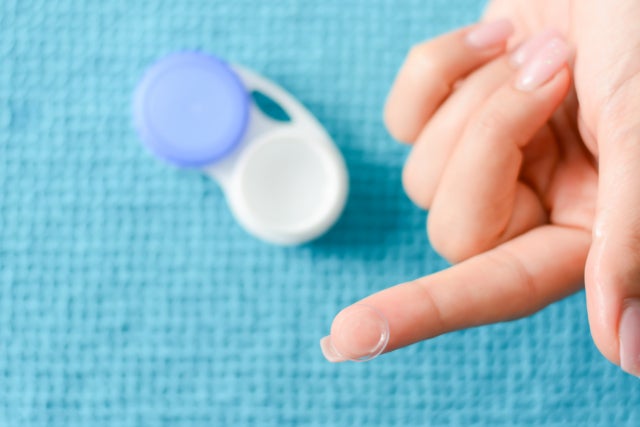 Researchers said they hope their study will sound a warning to manufacturers of contact lenses and encourage users to dispose of them properly with other solid waste. Image: adrian825/ iStock

Contact lenses that are flushed down the toilet or dropped in sink drains contribute vastly to microplastic pollution in the oceans, researchers warned Monday.

The amount of plastic waste created by lenses and their packaging in the United States alone is equal to 400 million toothbrushes each year, said researchers at Arizona State University who described their findings at the National Meeting and Exposition of the American Chemical Society in Boston.

“There are billions of lenses ending up in US wastewater every year. They contribute a load of at least 20,000 kilograms (44,000 pounds) per year of contact lenses.”

Halden, who has worn contacts most of his adult life and began the research after wondering what happened to all those discarded plastic lenses, calculated that packaging adds about 29 million pounds (13 million kilograms) of polypropylene to the waste from contacts.

A survey of US contact lens wearers “found that 15 to 20 percent of contact wearers are flushing the lenses down the sink or toilet,” said researcher Charlie Rolsky, a Ph.D. student at ASU.

And what happens to those lenses?

Researchers tracked them to wastewater treatment plants, where they discovered the lenses fall apart but do not degrade.

The plastic particles either flow out into the ocean or become part of sewage sludge, which is often applied to land as fertilizer. Runoff then brings these contaminants back to the oceans.

Tiny fish and plankton can mistake microplastics for food.

These indigestible plastics then make their way up the food chain, and into the human food supply.

Researchers said they hope their study will sound a warning to manufacturers of contact lenses and encourage users to dispose of them properly with other solid waste.

Halden said many people do not realize that flushing contact lenses is dangerous to the environment.

The scientific team found only one contact lens manufacturer whose packaging advised people how to dispose of them properly.

“Don’t put those lenses into wastewater. Put them into solid waste or recycle them,” Halden said. NVG