‘Laziness’ may be a good survival strategy—study 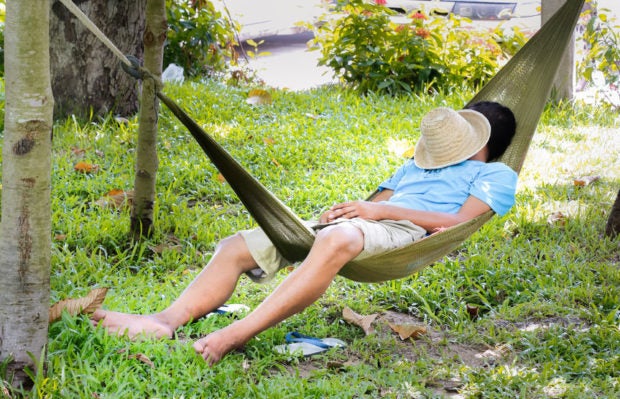 Being always active and chasing after goals may not be the only way to survive, as suggested by a study made by a team of scientists.

Researchers from the University of Kansas (KU) studied fossils and extant bivalves and gastropods in the Atlantic Ocean. They found that those with higher metabolisms had a higher probability of going extinct, as opposed to species with a lower metabolic rate, according to a statement.

The study, which analyzed 299 species’ metabolic rates, has been published in the Proceedings of the Royal Society B.

The study team, led by KU Biodiversity Institute and Natural History Museum postdoctoral researcher Luke Strotz, suggested that mollusk species with a higher metabolic rate tends to die out faster than those with low metabolic rates.

However, the researchers pointed out that metabolic rate was just one of the factors that could lead to a species’ extinction. They also mentioned how closely packed together or widespread individuals are as another factor.

For example, if a species with high metabolic rate were to stay in a closely packed community, their chances for extinction increases.

Study co-author Bruce Lieberman, a professor of ecology and evolutionary biology, said, “Maybe in the long term the best evolutionary strategy for animals is to be lassitudinous and sluggish—the lower the metabolic rate, the more likely the species you belong to will survive.”

The researchers also considered their findings as another potential predictor of extinction probability. A species’ metabolic rate could be factored in to decide the likelihood of extinction.  /ra